Sharing a plate, not just a meal, improves collaboration and deals • Earth.com 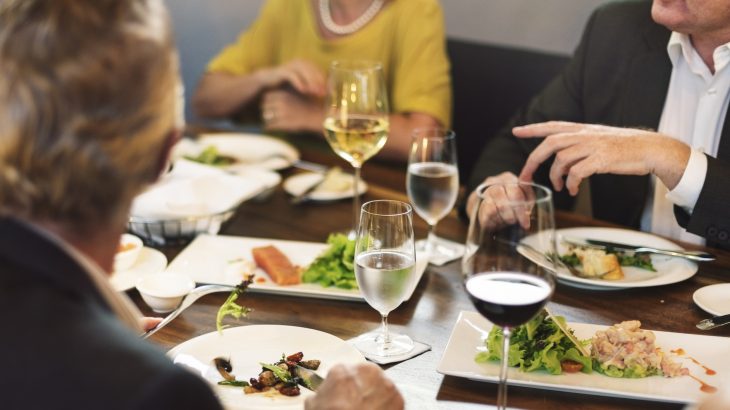 Sharing a plate, not just a meal, improves collaboration and deals

There are many benefits to sharing a meal with others including a decreased risk of obesity and better academic performance among children and teens who have regular, shared meal times.

Now, a new study has found another benefit to sharing not just a meal, but a plate, as is customary in Chinese and Indian cultures.

Researchers from the University of Chicago Booth School of Business found that sharing a plate helped promote collaboration and improve business negations.

The results indicate that discussing a business deal over a family-style meal where people need to coordinate their actions and share food could prove to be a powerful negotiation tactic.

The study was published in the journal Psychological Science, and the researchers were curious if the way a meal is served could influence cooperation.

For the study, participants were split into pairs for a lab experiment, and each pair was given a negotiation scenario where one participant was a manager, and the other was a union representative with the goal of negotiating a better wage for the union.

While negotiating, the participants were given 22 rounds to agree on an acceptable wage. Each round represented one day, and by the third day, a union strike was scheduled to start.

The strike was costly for both the manager and the representative so the quicker a negotiation could be reached the better.

Pairs that had to share the chips and salsa took nine strike days to come to an agreement, four rounds less than pairs that did not have to share food.

The researchers say that the act of sharing food had a driving influence on how people collaborated and negotiated.

This was confirmed when the researchers repeated the experiment with pairs of both strangers and friends. No matter the relationship, pairs that shared food agreed on a wage quicker than those who didn’t have to share.

The researchers say that meal and plate sharing could be beneficial for more than just negotiating business as it helped with collaboration and cooperation.