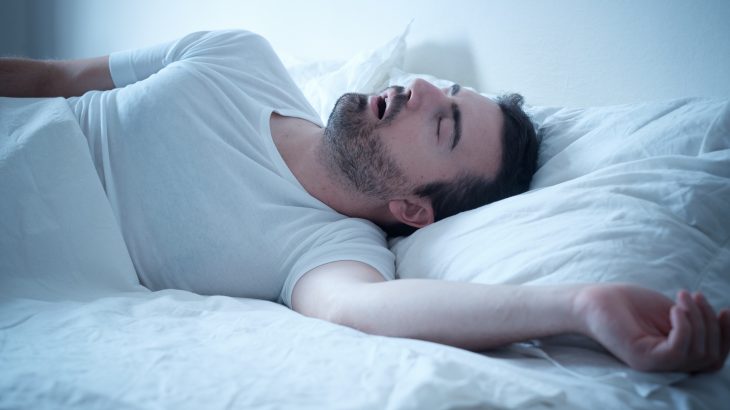 Hundreds of millions of people suffer from obstructive sleep apnea (OSA) worldwide and the condition can increase the risk of cardiovascular disease, stroke, heart attack, and high blood pressure.

A person with OSA can stop breathing up to 30 times an hour, according to the Mayo Clinic. Now, a new study shows that the impact of sleep apnea on blood and oxygen flow to the brain can cause people to become forgetful over time.

Researchers from RMIT University in Australia recently led a sleep study to examine how OSA impacts memory, specifically autobiographical memory which involves recollections of past events.

The results, published in the Journal of the International Neuropsychological Society, show that people with OSA are more likely to have difficulty remembering the specifics of a past event than those who don’t have a problem with obstructed airflow at night.

“Our study suggests sleep apnea may impair the brain’s capacity to either encode or consolidate certain types of life memories, which makes it hard for people to recall details from the past,” said Melinda Jackson, the lead researcher of the study. “Sleep apnea is also a significant risk factor for depression, so if we can better understand the neurobiological mechanisms at work, we have a chance to improve the mental health of millions of people.”

For the study, the researchers compared memory recall between 44 adults, aged 20 to 69, diagnosed with OSA and 44 adults who didn’t have sleep apnea.

The participants were asked to recall three memories from their childhood, early adult life, and recent events, and researchers assessed how well the participants had recalled the specific details of each memory.

The memories from early adulthood were the most impacted by OSA and the 44 participants with sleep apnea had trouble remembering names and specific locations.

When this occurred, the researchers called this an “overgeneral” memory, and a little over 50 percent of the participants with OSA recalled generalized memories.

OSA also had a more significant impact on semantic memory rather than episodic memory. Semantic memory deals with specifics, but episodic involves events from your past.

The researchers think that because OSA disrupts airflow to the brain, memory formation is hindered.

“Brain scans of people with sleep apnea show they have a significant loss of grey matter from regions that overlap with the autobiographic memory network,” said Jackson. “We need to look at whether there’s a shared neurobiological mechanism at work — that is, does the dysfunction of that network lead to both depression and memory problems in people with sleep apnea?”