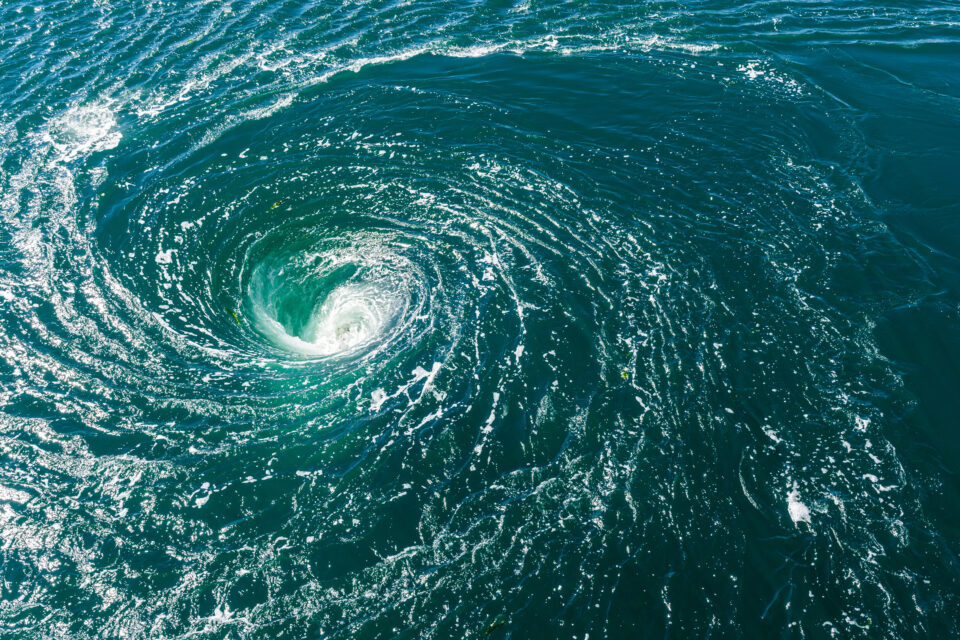 Subtropical gyres are massive rotating ocean currents which generate sustained circulations in the Earth’s subtropical regions to the north and south of the equator. These gyres are slow-moving whirlpools, circulating within large basins around the world, and gathering up nutrients, organisms, and sometimes even trash, as the currents rotate from coast to coast. At their surface, the gyres host healthy populations of phytoplankton – microorganisms that feed the rest of the ocean trophic chain, and are responsible for extracting a significant proportion of atmospheric carbon dioxide.

However, the currents themselves would not be able to maintain enough nutrients to sustain all the phytoplankton. Now, a team of researchers from the Massachusetts Institute of Technology (MIT) has found that phytoplankton may receive deliveries of nutrients from outside the gyres through eddies – much smaller currents that swirl at the edges of gyres. These eddies pull nutrients in from equatorial regions and push them into the centers of gyres, where they are taken up by other currents and pumped to the surface to feed the phytoplankton.

According to the scientists, ocean eddies are a major source of nutrients in subtropical gyres. Their replenishing effect – called “nutrient relay” – helps maintain vast populations of phytoplankton, which play a fundamental role in carbon sequestration. While current climate models project a decline in the ocean’s ability to sequester carbon during the following decades, this “nutrient relay” could help sustain carbon storage in the subtropical oceans.

“There’s a lot of uncertainty about how the carbon cycle of the ocean will evolve as climate continues to change,” said study lead author Mukund Gupta, a postdoctoral fellow in Environmental Science and Engineering at the California Institute of Technology (Caltech), who led the study as a graduate student at MIT. “As our paper shows, getting the carbon distribution right is not straightforward, and depends on understanding the role of eddies and other fine-scale motions in the ocean.”

Although scientists have previously thought that nutrient replenishment occurs largely through the recycling of “marine snow” – dead phytoplankton that sinks through the ocean’s layers and is subsequently pumped back to the surface to feed living phytoplankton – these findings paint a more complex picture of how nutrient travels through subtropical gyres.

“The vertical process that recycles nutrients from marine snow is only half the story. The other half is the replenishing effect of these eddies. As subtropical gyres contribute a significant part of the world’s oceans, we think this nutrient relay is of global importance,” Dr. Gupta concluded.