How the world’s smallest flightless birds lost the ability to fly • Earth.com 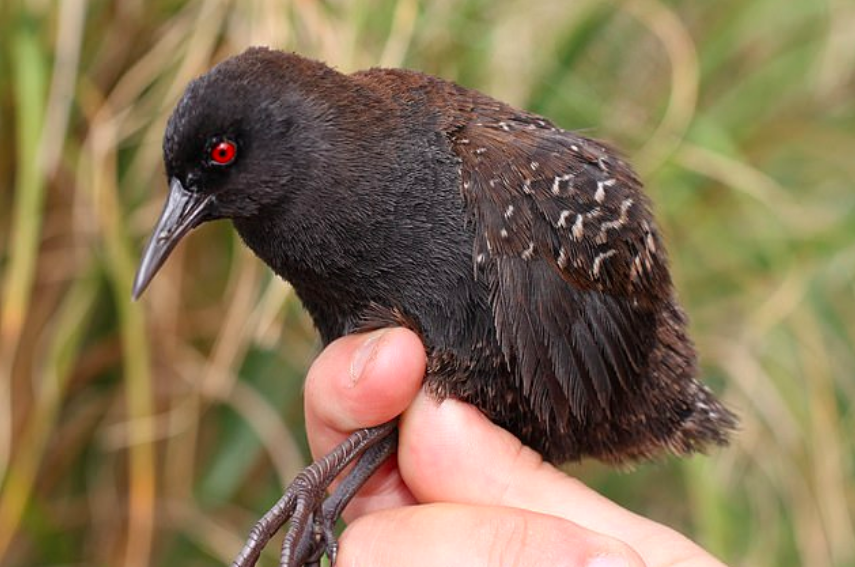 The Inaccessible Island rail, so named for the island it calls home, is the world’s smallest flightless bird.

Inaccessible Island is one of five islands equal distance from South America and Argentina that are part of a cluster of extinct and active volcanoes.

Steep cliffs and rocky beaches make the Inaccessible Island challenging to explore and so the island, and its wildlife has remained a mystery for hundreds of years.

In 2011, four biologists from the Lund University in Sweden took a fieldwork trip to the island and in the process uncovered the evolutionary history of the Inaccessible Island rail.

The rails are found only on the island and there are many mysteries about how and when the birds arrived.

It was thought that the birds used a chain of land extensions called Atlantisia (long since submerged). But according to the Daily Mail, new research have revealed that early ancestors of the rail flew to the island 1.5 million years ago from South America.

Over time, the rail evolved without flight because there were no threats on the island.

The researchers used low nets to capture rails and then sequenced the genome of the birds. After gene sequencing, the researchers discovered that the Inaccessible Island rail’s closest relative was the Dot-winged crake.

Dot-winges crakes can fly which means at one time, the rail was able to fly but lost this trait over time.

“We’re quite sad because Atlantisia is a beautiful name with a beautiful history,” Martin Stervander, a member of the fieldwork team, told Atlas Obscura.