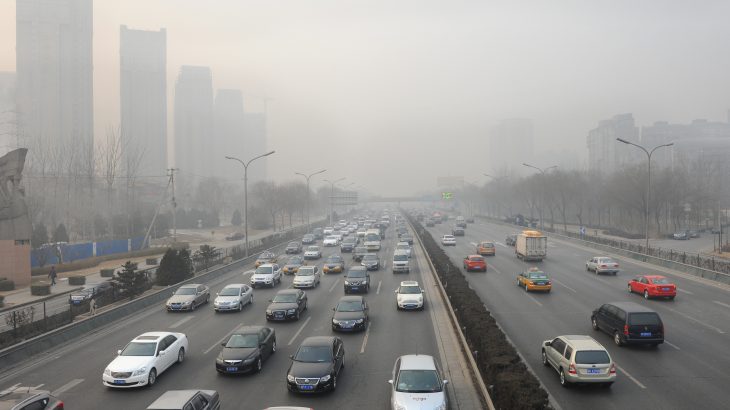 In an effort to clean up Beijing’s smog problem caused by exhaust fumes and coal fires, the Chinese government has introduced emission-free solar power and plans to explore more photovoltaic systems in the future. However, the presence of smog negatively affects solar power by way of reducing the amount of solar radiation hitting the ground, thus weakening the power output of existing photovoltaic systems.

Mercè Labordena and her colleagues from the Climate Policy group at ETH Zurich produced a study, published in the journal PLOS ONE, showing how China’s power industry could transform via solar energy if, and only if, all smog-causing emissions are eliminated.

Labordena’s study found that China could produce an additional 85 to 158 terawatt hours of electricity per year by 2040 with current and future photovoltaic systems. Furthermore, China’s electricity industry could pull in an extra 10.1 billion U.S. dollars from solar power. But this is only possible if the government puts the kibosh on all household, industry, transportation, and power emissions. Solar radiation would have to increase by a countrywide average 11% to achieve the above calculations.

This seems like a challenging and expensive feat. However, Labordena and her team found that 13% to 17% of the cost for employing best-practice emission standards in China would be earned back by high-functioning photovoltaic systems. Investors would see a quick turn around, Labordena said.

Improved public health, aiding the fight against global warming, and an increase in industry revenue should all be eye-catching initiatives for Chinese and other government officials in countries where smog is a huge problem. Based on Labordena’s study, reducing smog is a win-win situation for everyone involved.