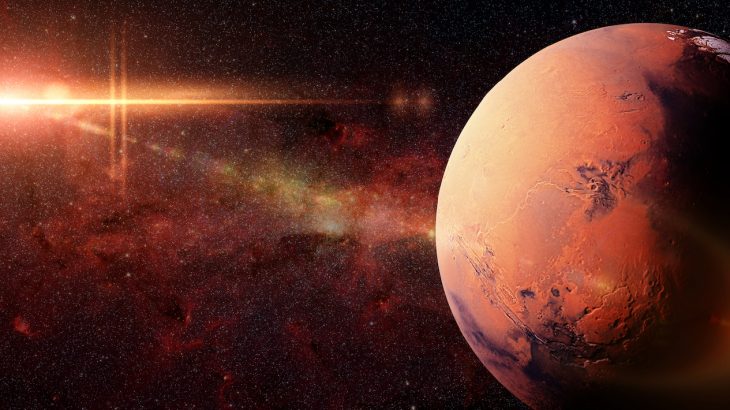 Every two years, Mars and Earth end up on opposite sides of the Sun in their orbital trajectories.

With the Sun blocking the Earth from the Red Planet, which is called the Mars solar conjunction, the National Aeronautics and Space Administration (NASA) must proceed with caution when it comes to the commands and data sent back and forth between Earth and Mars spacecraft.

During the Mars solar conjunction, gas emitted from the Sun can disrupt radio signals, and while data sent from Mars to Earth can be resent and repaired, corrupted signals and commands sent to Mars could result in disastrous consequences.

To avoid problems, NASA has issued a “command moratorium” which will be in effect from August 28th through September 7th, according to NASA’s Jet Propulsion Laboratory (JPL).

“It’s that time again,” said Roy Gladden, manager of the Mars Relay Network at NASA’s JPL. “Our engineers have been preparing our spacecraft for conjunction for months. They’ll still be collecting science data at Mars, and some will attempt to send that data home. But we won’t be commanding the spacecraft out of concern that they could act on a corrupted command.”

During the command moratorium, the Curiosity rover will cease driving, and the InSight lander will keep it’s robotic arm still. Both the lander and rover will continue to collect data and relay that information to the Odyssey, MAVEN, and Mars Reconnaissance orbiters.

NASA engineers have written up simple to-do lists for Mars spacecraft during the moratorium, but only limited data will be radioed back to Earth during this time.

Once the conjunction is over, and Earth-Mars communications are back online, data will be relayed back to Earth, and researchers will carefully analyze the information to ensure there are no gaps or corrupted data.