How does soot form from fires and furnaces? • Earth.com 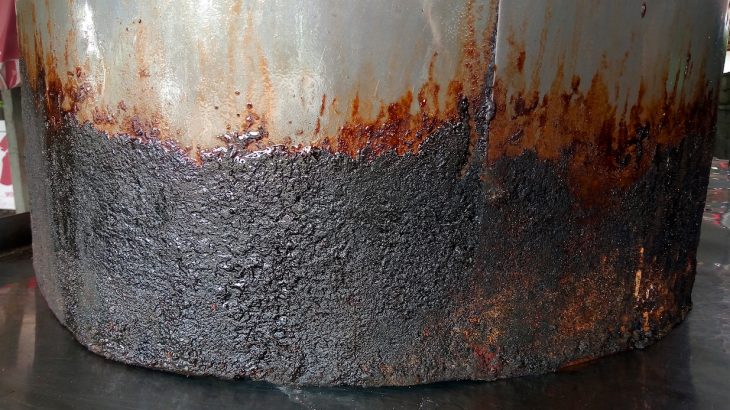 How does soot form from fires and furnaces?

Soot, the black powdery substance left behind after fires and emitted from engines, poses a major risk to human health. Like other forms of pollution, soot particles increase the risk of cardiovascular disease and contribute to millions of deaths worldwide.

Health risks from soot exposure disproportionately affect those in developing nations who don’t have access to clean cooking or heating options. In the US, atmospheric soot from emissions, also known as black carbon is responsible for thousands of deaths every year.

Researchers have been working to tackle the problems with soot for years but have been stumped by how soot forms. It’s unlike any other form of condensation where gasses form particles.

But a new study may have finally figured out the mystery of soot formation which could help pave the way for decreasing soot exposure and black carbon in the atmosphere.

The study was conducted by researchers from Sandia National Laboratories and the Lawrence Berkeley Lab and published in the journal Science.

Soot formation requires a fast-chemical-reaction as the researchers found and the particles don’t condensate together like other gasses that form a liquid.

“By understanding soot formation, we have a better chance of being able to reduce its dangerous emissions from engines, forest fires, and cookstoves and control its production and characteristics during industrial processes,” said Hope Michelsen, a researcher at Sandia labs.

Soot is a byproduct of many crucial industrial processes which is why researchers have been working so long to understand it. Soot is formed during the burning of fuels like oil, natural gas, or wood and starts out as gaseous hydrocarbons that transition from a gas to a liquid to soot.

“Most people are familiar with how the gas phase of water — water vapor — condenses into droplets when it cools. Cooling it further will turn it into ice, the solid phase of water. Soot is different,” said Michelsen. “Making soot is more like baking a cake than it is like condensing water. Heating liquid cake batter too high temperatures turns it into a stable solid form.”

In order to understand how soot is formed, the researchers, as Michelsen put it, had to figure out the ingredients of the cake that combine together to create soot.

The team discovered that the secret to soot formation had to do with resonance-stabilized radicals which are reactive molecules with unpaired electrons.

At the Lawrence Berkeley Lab, the researchers made measurements of the resonance stabilized radicals in different flames.

“We figured out that these radicals can start a chain reaction,” said Michelsen.

“It’s really pretty simple, well … once you know the answer,” said Michelsen. “We are very excited about having unlocked the mystery of soot formation, the creation of carbon particles that are currently overwhelming some parts of the world as a result of forest fires and that can have such a devastating effect on human health.”