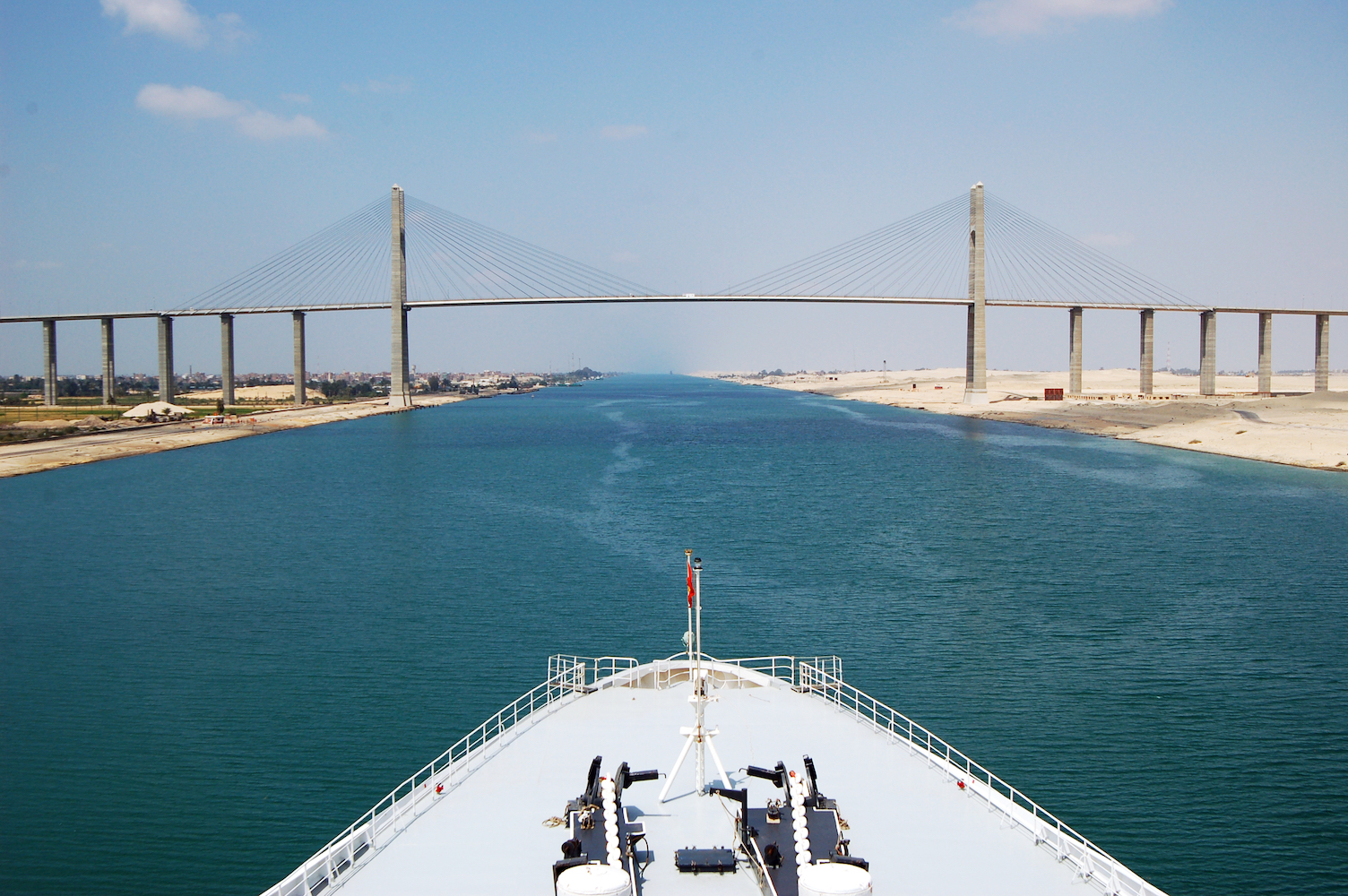 One of the most invasive marine species in Europe has arrived on Egypt’s Mediterranean coastline in alarming numbers. According to the Associated Press, the appearance of large swarms of nomad jellyfish is reviving a dispute over the Suez Canal.

The nomad jellyfish, Rhopilema nomadica, is native to the Indian Ocean and the Red Sea, yet has been showing up in the Mediterranean by way of the Suez Canal since the 1970’s. Despite this fact, many blame the recent invasion on the 2015 expansion of the Suez Canal.

The jellyfish interrupted the Eid al-Fitr holiday last month, as beach-goers avoided the water and took to social media with pictures of the unwelcome visitors. The numbers of nomad jellyfish appearing in the Mediterranean has steadily increased over the years, but this year they are especially dominant.

The Suez Canal has been expanded several times since it was built in 1869. However, the 2015 project was a multi-billion dollar transformation. Egyptian officials deny the expansion is to blame for this year’s unprecedented jellyfish invasion.

Mostafa Fouda, an advisor to the Environment Minister, points out that this is not the first time nomad jellyfish have appeared on Egypt’s north coast. “This time the number was just larger than previous years,” explains Fouda.

Egypt’s environmental ministry has set up a team to assess the phenomenon. They believe there are many other factors to be considered for the abundance of alien jellyfish this year such as global warming, the availability of more food, or a lack of predators.

While experts agree that these environmental influences may have allowed a spike in the nomadic jellyfish population, many feel the larger waterway has increased the progression of the creatures from the Red Sea to the Mediterranean.

Jason Hall-Spencer is a marine biologist at Britain’s Plymouth University. He says,”The primary cause of the invasion of jellyfish is the Suez Canal. Other ecosystem stressors have allowed them to thrive and become a plague.”