Summers in the Arctic could be ice-free by mid-century • Earth.com 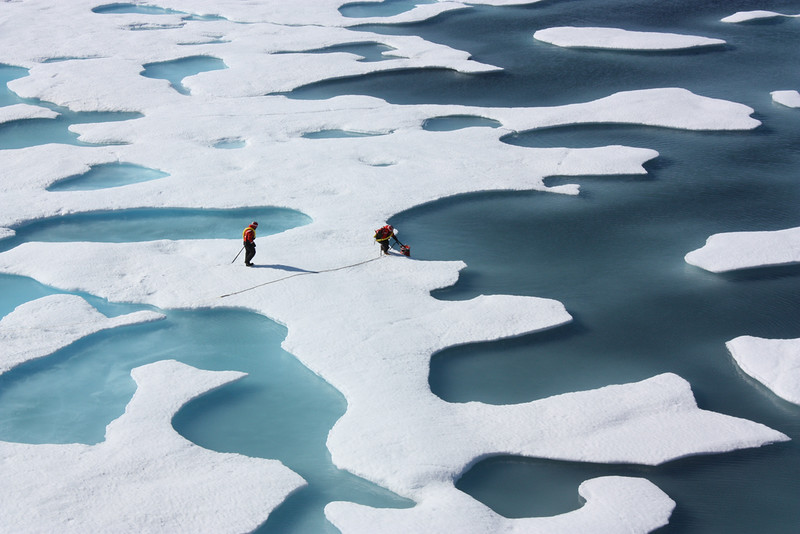 Summers in the Arctic could be ice-free by mid-century

A new study published in the journal Geophysical Research Letters has found that over the past two decades, the Arctic has lost approximately one third of its winter sea ice volume. The phenomenon is largely due to a decline in the ice that persists over several years, called “multiyear ice.” This thick, long-lasting ice is increasingly replaced by seasonal sea ice, which melts completely each summer rather than accumulating over the years.

By using an innovative combination of lidar (ICESat-2) and radar (CryoSat-2) data and comparing them to previous ice thickness and snow depth estimates from climate records, the scientists found that multiyear sea ice has lost 16 percent of its winter volume, or about half a meter of thickness, over the past three years, and one-third of its volume during the past 18 years (approximately 6,000 cubic kilometers).

“We weren’t really expecting to see this decline, for the ice to be this much thinner in just three short years,” said lead study author Sahra Kacimi, a polar scientist at the California Institute of Technology’s Jet Propulsion Laboratory.

“The key takeaway for me is the remarkable loss of Arctic winter sea ice volume – one-third of the winter ice volume lost over just 18 years – that accompanied a widely reported loss of old, thick Arctic sea ice and decline in end-of-summer ice extent.”

Older, multiyear ice is thicker and thus more resistant to melting. As this reservoir of old Arctic sea ice is depleted and seasonal sea ice becomes the norm, the overall volume and thickness of Arctic sea ice is expected to decline.

“Current models predict that by the mid-century we can expect ice-free summers in the Arctic, when the older ice, thick enough to survive the melt season is gone,” Dr. Kacimi concluded.