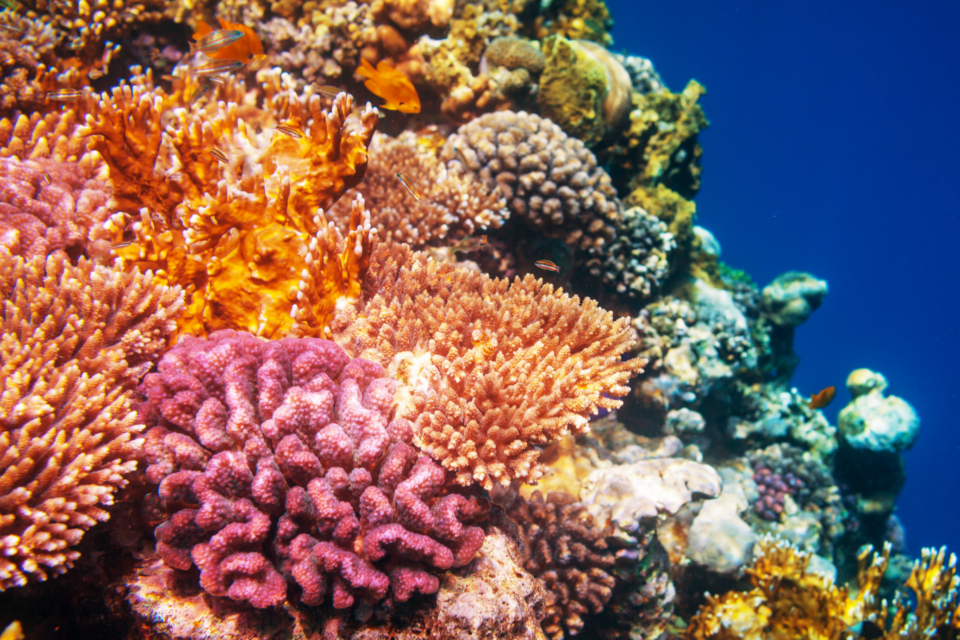 According to The Ocean Foundation, an estimated 14,000 tons of sunscreen is deposited in oceans annually with the potential to harm marine life such as corals, algae, sea urchins, fish and mammals. It seems that fans of reef ecosystems may inadvertently be killing the very life forms that they love the most.

Sunscreens may contain many different chemical and physical components that protect skin from sunburn. They also contain preservatives such as fungicides and anti-bacterial agents that prolong shelf life. Unfortunately, many of these ingredients are known to be toxic to reef biota, a situation that has led some countries to ban the use of certain sunscreens in order to protect living reef organisms.

Scientists have known for some time that oxybenzone, an organic compound found in many sunscreens, is toxic to corals. However, the exact mechanism by which oxybenzone causes harm has not been understood, meaning that sunscreen manufacturers wishing to replace oxybenzone with alternatives may use substances that have exactly the same devastating impact on the corals. A study led by scientists from Stanford University has now investigated this mechanism.

William Mitch, a professor of civil and environmental engineering at Stanford, became interested in the issue several years ago when he heard about Hawaii’s then-pending ban on “reef-toxic” sunscreen. With funding from the Stanford Woods Institute for the Environment, he and John Pringle, a professor of genetics in the Stanford School of Medicine, and colleagues, have worked to establish the chemical and biological mechanisms whereby oxybenzone damages corals. Their surprising findings are published today in the journal Science.

“It would be a sad irony if ecotourism, aimed at protecting coral reefs, was actually exacerbating their decline,” said study lead author Djordje Vuckovic, a PhD student in civil and environmental engineering. “My hope is that our research will help lead the way to developing coral-safe sunscreens.”

In their study, Mitch, Pringle, Vuckovic, and other Stanford researchers used anemones as study animals, rather than corals, which are harder to experiment with. They found that anemones exposed to oxybenzone in artificial seawater all died within 17 days if they were exposed to sunlight. Anemones kept in similar conditions but without sunlight, remained alive.

“It was strange to see that oxybenzone made sunlight toxic for corals – the opposite of what it is supposed to do,” said Mitch. “The compound is good at absorbing light within the waveband we tested, which is why it’s so common in sunscreens.”

Oxybenzone absorbs sunlight in the ultraviolet range, and would normally release this light energy in the form of heat, thereby protecting skin from sunburn caused by ultraviolet rays. However, the researchers found that anemones and corals processed oxybenzone in such a way that the resulting metabolic products formed damaging free radicals when exposed to sunlight.

In an additional twist to the story, it seems that the symbiotic algae living inside the tissues of coral polyps protect their hosts by absorbing the toxins from oxybenzone metabolism into their own cells. But, as ocean waters warm, stressed corals expel their algal partners, which results in “bleaching.” These corals are then more vulnerable to the toxic effects of oxybenzone because the corals no longer have their algal residents to protect them.

Other research has shown that oxybenzone is not be the only sunscreen ingredient of concern. Many ingredients have similar chemical structures to oxybenzone and may well be metabolized in the same way, producing potent phototoxic metabolites. In addition, some sunscreens marketed as coral-safe contain minerals such as zinc oxide or titanium dioxide. Although these sunscreens protect skin from sunburn in a different way, the mineral particles wash off into the water and, if they are very small, can be ingested by corals and other marine filter feeders, with as-yet unknown consequences.

The researchers hope that their findings will help guide the development and marketing of effective, coral-safe sunscreens so that ocean-loving tourists are not complicit in the demise of the fragile reef ecosystems by their attempts to avoid the effects of the sun’s radiation.

“In environmental science, as in medicine, a sound understanding of basic mechanisms should provide the best guidance for the development of practical solutions,” said Pringle. “Our study also illustrates the enormous power of collaborations between scientists with very different backgrounds and expertise,” said Mitch.