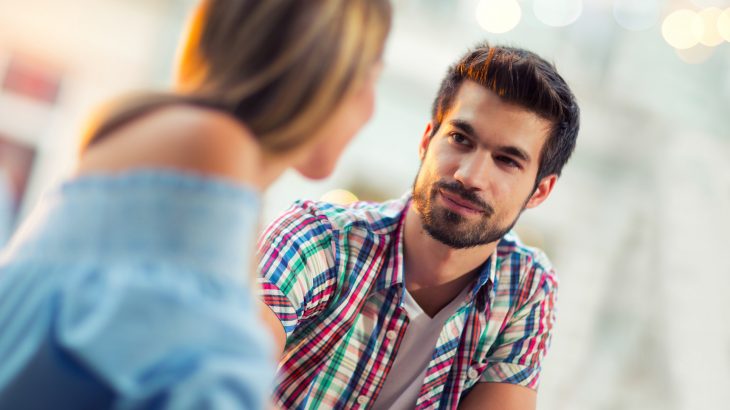 How can you tell if someone is attracted to you?

A new study has found that the answer surprisingly doesn’t lie in body language or how long it takes for someone to text you back after a date, but rather if your heart rates sync up.

Researchers from Leiden University in the Netherlands studied physiological markers in real-life dating settings to determine if attraction was something that could be measured.

“You hear about people who are well suited to each other in theory but there is no spark – we wanted to know if you can quantify the spark,” said Mariska Kret, a co-author of the study, at the European Federation of Primatology meeting which took place in Oxford.

For the study, the researchers set up camp at a music festival and had a cabin where festival-goers could go on mini “blind dates” with potential partners. 140 people took part in the study, according to New Scientist, which reported on the findings.

During these short meetings, the researchers asked the participants to wear special eye-tracking glasses that were embedded with cameras and devices that measured heart rate and skin conductance.

The skin conductance response is the measure of the changes in conductivity in the skin due to emotions and stress.

The researchers asked the participants questions about the meetings and if they wanted to go on a real date.

The researchers found that visible markers like eye contact, mirroring body language, or facial expressions did not predict whether or not couples were attracted to each other. Instead, attraction was rooted in unconscious physiological signals like heart rate and body sweat.

“There was no body language to tell you if your partner was interested – physiology is where we found much better estimates,” said Eliska Prochazkova, an author of the study. “We can’t perceive the other person’s heart. But often our subconscious can be influenced by our physiology.”

The yet-to-be formally reviewed study findings were published to the preprint server bioRxiv.