Teens say they prefer texting friends rather than talking in person • Earth.com 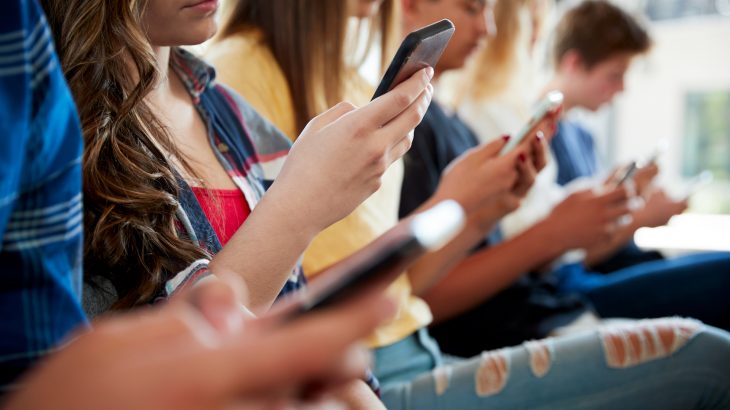 Teens say they prefer texting friends rather than talking in person

Teenagers today prefer texting on their cell phone rather than talking face to face, according to a new study.

Social media, smartphones, and the internet have dramatically changed the way we communicate, and we’ve begun to see how smartphone addiction and social media use affect our day-to-day interpersonal interactions.

Researchers from Common Sense Media, a non-profit organization committed to providing information for parents and children about media and technology, recently conducted a survey on texting use among teenagers.

The survey was a follow up to a previous study conducted by the organization in 2012, and the results show how much technology has influenced communication in just a few short years.

More than 1,000 teens ages 13 to 17 were included in the survey, and the researchers asked about texting and talking preferences, according to the Daily Mail which reported on the findings.

Today, 35 percent of teenagers prefer texting, with the study participants saying that it was their most preferred method of communication with friends.

32 percent of the participants said they preferred face to face conversations over texting.

In 2012, 49 percent of the survey participants said talking in person was better than texting which goes to show how much texting use has increased over the years.

57 percent of the teens surveyed said that social media is distracting and a large majority reported that they think companies specifically try and keep users online through different marketing and engagement tactics.

What the researchers conclude is that although the results seem to troublingly point to an increase in social media use and a decrease in authentic face to face connections, the truth is actually a little more complicated.

“Like teenagers themselves, this research presents a complex picture that defies simplistic judgments,” James P. Steyer, founder and CEO of Common Sense told the Daily Mail. “Indeed, many of the insights are likely to challenge our notions of whether social media is “good” or “bad” for teens. We hope that the data presented in this report offer new insights to help inform the work of all those who care about the healthy development of young people in our society.”