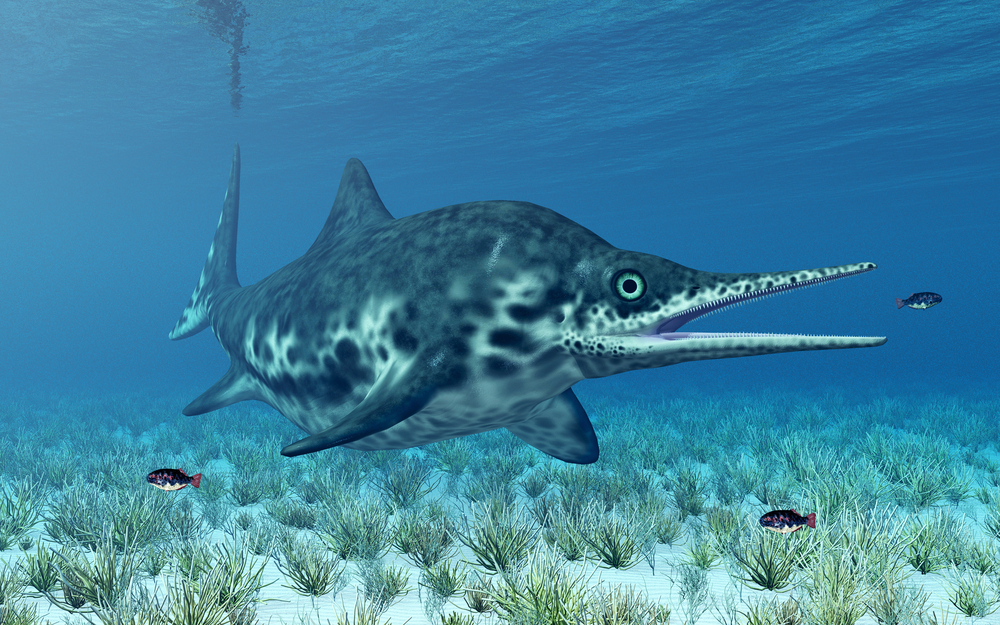 Two years ago, hikers in a South Texas riverbed when they saw a mysterious pattern imprinted on a rock. A closer look and some brushed-away dirt uncovered what paleontologists now believe are the remains of a dolphin-like ichthyosaur.

The fossil could be about 92 million years old, based on the rock dating. The ancient creature may have swum in oceans that covered parts of Texas at that time, the scientists said.

It was found in the Eagle Ford limestone, part of a sedimentary rock layer that is found throughout much of Texas.

“Very rarely do we get really complete skeletons out of the Eagle Ford,” doctoral candidate Josh Lively told The Houston Chronicle. Lively specializes in marine reptile fossils at the University of Texas in Austin. “Whenever you have an associated skeleton like this, when you have multiple parts of the animal, it’s a really important find.”

James Harcourt, a petroleum geologist with the Texas Railroad Commission, made the discovery while hiking with some colleagues. Their find stayed below the surface until last week, when the railroad commission’s 2016 annual report included a photo of the fossil.

That’s when it caught the attention and fueled the excitement of paleontologists.

The dolphin-like ichthyosaur – which means “fish lizard” – were sea-living reptiles that grew to about six feet long. They died out about 90 million years ago.

But Harcourt’s find may not end up being an ichthyosaur. Harcourt and paleontologist Tony Fiorillo, curator of the Perot Museum of Nature and Science in Dallas, believe it is. But Lively said it could be a plesiosaur. That much larger marine reptile resembles the Loch Ness monster.

Paleontologists would need to retrieve the fossil and study it in a lab to determine its true identity. That could prove to be a challenge, since the fossil is on private property. The scientists would need the permission of the property owner before they could excavate the bones.