The Tapajos River is polluted by illegal gold mining • Earth.com 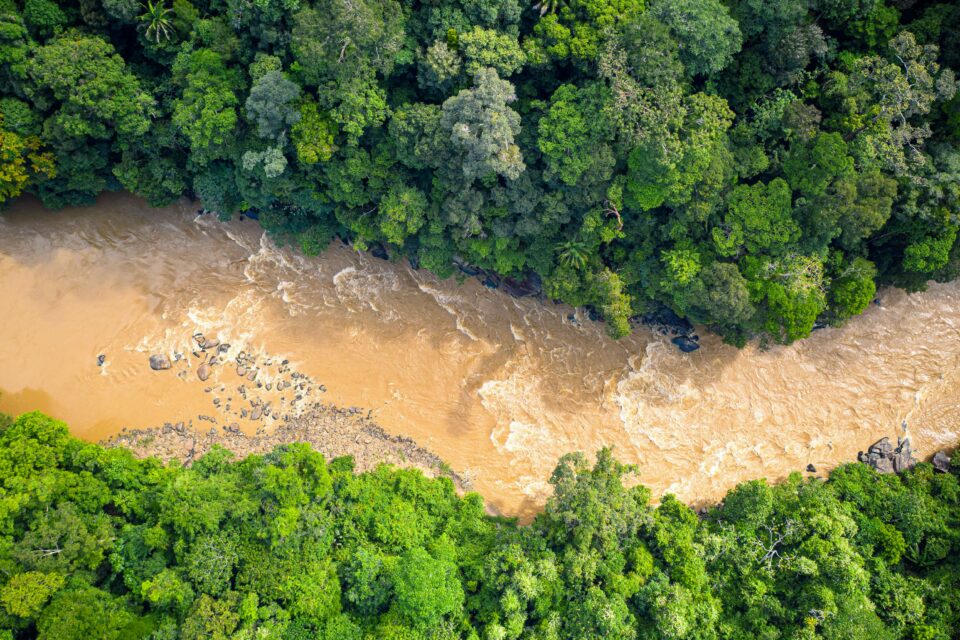 The Tapajos River is polluted by illegal gold mining

While some rivers in the Amazon basin are muddy, others run clean and clear due to different geographies. The Tapajos River, which feeds into the Amazon as a major tributary, is one of those rivers. In fact, the Tapajos is one of the largest clearwater rivers in South America and contributes six percent of the Amazon Basin’s water.

Illegal mining, which is being conducted by small scale operators who are running below the radar of environmental regulators, is destroying the Tapajos and other rivers in the region. The Tapajos has been transformed from its usual clarity to a turgid brown color. Small mining projects have long been a problem in the Amazon region, but with gold prices up, there has been a gold rush since 2019.

Dredging the river, digging pits and vacuuming sediment from the bottom along with deforestation all contribute to the muddying of the waters. Now, Conservation X Labs may have some solutions.

To deal with this ongoing problem, Conservation X Labs has hosted contests to encourage innovative groups to develop new approaches. Now, it’s time for these solutions to be used in the field.

One proposed solution is a tool that could automatically detect illegal mining operations using satellites and artificial technology. Another idea is to make mining in the area safer and less detrimental to the environment. This approach would involve a safe and affordable system that increases gold yields.

Lastly, the organization developed tools to deal with mercury pollution. One of these is a new portable mercury detector that alerts the user to mercury in the field in realtime. A separate system was designed to capture mercury vapor released during amalgam burning.

Altogether, these tools represent some of the high tech solutions being developed to solve conservation problems in the Tapajos River and beyond. Time will tell whether these newer solutions will work better than old ones.