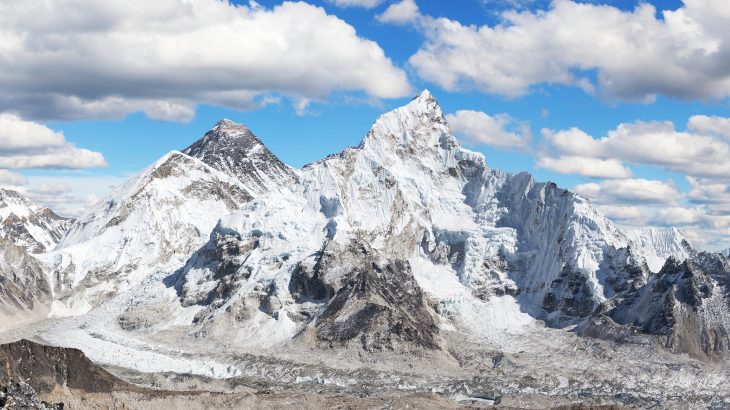 For years, scientists have largely agreed that a long period of cooling was directly attributable to weathering of the Himalayas over the past 15 million years.

A new study led by researchers from Rutgers University is calling this key theory on Earth’s climate into question.

The Himalayan uplift hypothesis suggests that when the Indian and Asian continents collided, it forced up rock formations that would become the massive mountain range we know today as the Himalayas.

With all these new rocks on the surface, they were vulnerable to weathering, which helped capture carbon dioxide. Erosion and weathering carried away carried carbon stores down through rivers to the ocean where algae used the carbon to build calcium carbonate shells.

Once the algae died, their shells fell to the seafloor and became buried in seafloor sediment, locking in the carbon.

Thus, seafloor sediment core samples should contain a record of the Earth’s climate over millions of years with increases in weathering linked to accumulating rates of calcium carbonate in the sediment.

For this study, the researchers analyzed dozens of deep-sea sediment cores and found that rates of calcium carbonate in shells over 15 million years decreased drastically despite the increases in rock weathering.

This suggests that weathering of the Himalayas is not responsible for global cooling as previously thought, but the answer to what did drive down temperatures remains a mystery.

“The findings of our study, if substantiated, raise more questions than they answered,” said Yair Rosenthal, a senior author of the study. “If the cooling is not due to enhanced Himalayan rock weathering, then what processes have been overlooked?”

Rosenthal will continue to study past long-term climate change to help shed light on these processes to create more accurate future climate predictions.

The researchers published their findings in the journal Nature Geoscience.