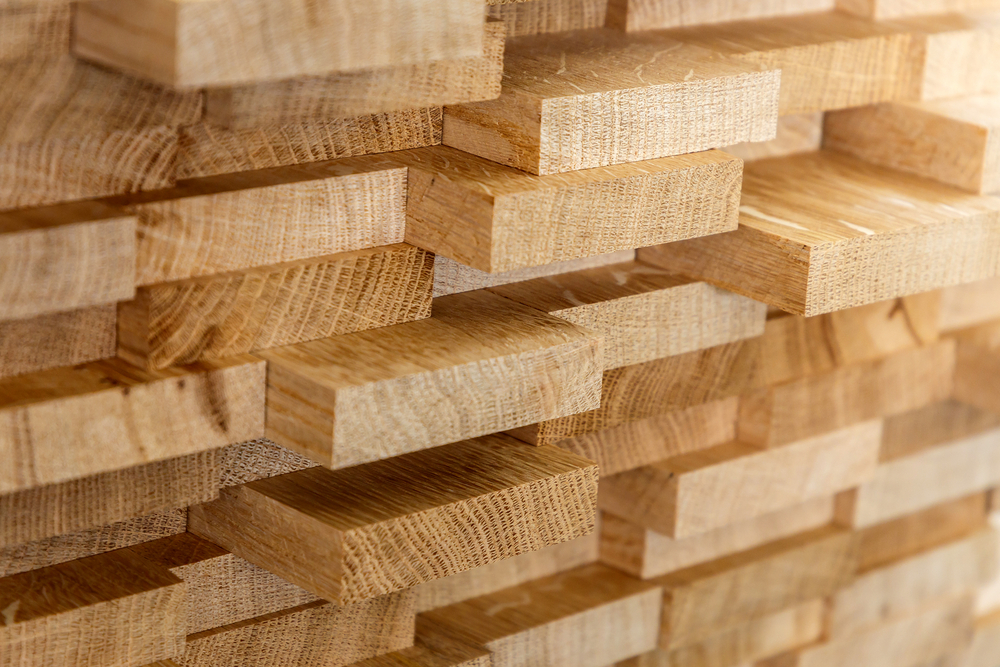 A new timber innovation could be the key to revitalizing the industry, which has struggled in the U.S. since the housing bubble burst.

Cross-laminated timber, also called CLT, has been used in Europe and even Canada for years.

A new, 12-story “plyscraper” in Portland, Oregon’s hipster Pearl District will be the first large building the the U.S. to use the new wood technology, though.

CLT is assembled by layering two-by-fours perpendicular to one another to form lightweight panels. The wood is glued together and laminated like an extremely tough sandwich.

Because the beams are at right angles to one another, the resulting panels are strong enough to build with – at least, according to fans of the timber innovation – and less energy intensive than steel or concrete.

Visually unappealing wood that normally gets thrown out when making furniture or other items can be used in the core, where it can’t be seen. So can “low-value” hardwood trees.

Supporters have embraced CLT. They believe it will fuel new growth in timber and reduce the carbon footprint of the building industry. They also point out that wood is a renewable resource.

Skeptics, however, say not enough testing has been done to determine that large buildings made with CLT will be structurally sound, especially in earthquakes and fires. Currently, the building codes throughout most of the U.S. place height restrictions on all-wood buildings.

CLT would need to be extensively tested and studied before those codes are changed, a prospect that could be extremely expensive.

In Bergen, Norway, there’s a 14-story skyscraper built using CLT, but it’s not in a seismic zone. An 18-story “plyscraper” in British Columbia, Canada is built around a concrete core.

Lever Architecture, the Portland firm building the skyscraper, has worked with scientists at both Portland State University and Oregon State University on trials to determine the best way to construct each panel. The researchers submitted panels of CLT to hundreds of pounds of pressure and other tests to make sure they could withstand a quake.

Lever has promised to make results of all of the structural tests available to other design firms.

The architectural firm won $1.5 million in a wood building competition hosted by the U.S. Department of Agriculture and the timber industry. It has put those winnings toward the testing and the new building in Portland.

And for the D.R. Johnson Lumber Co. in Riddle, Oregon, the new material has already paid off. The 125-employee company makes the CLT panels that will be used in the Portland building, set to break ground this spring.

Visitors from around the country have come to the lumber company – which, along with Montana’s SmartLam is the only place producing CLT panels in the U.S. so far – to get a first look at the timber innovation.