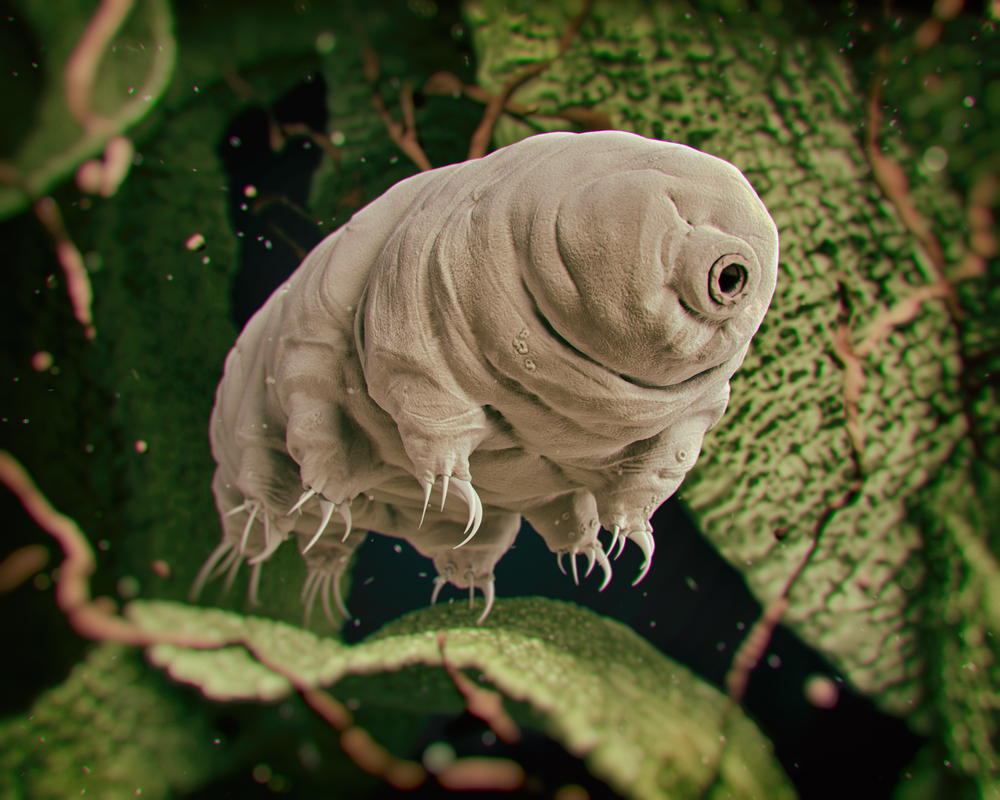 Tardigrades may be about half a millimeter in length, but don’t let their size fool you. These tiny survivors can withstand temperatures ranging from -457 to 300 degrees Fahrenheit – that’s not a typo.

They can survive radiation at doses hundreds of times higher than amounts that would kill humans. They’re found all over the world in even the most extreme environs.

A new study is shedding light on how the diminutive creatures – also called water bears – do it.

One of the extremes tardigrades can survive is being dried out for long periods – up to five years. Though they’re not the only species that can survive desiccation, they don’t seem to work the same way brine shrimp or yeast do. Those creatures rely on the sugar trehalose to protect their cells when they’re dehydrated.

“How tardigrades survive desiccation has remained a mystery for more than 250 years. Trehalose, a disaccharide essential for several organisms to survive drying, is detected at low levels or not at all in some tardigrade species, indicating that tardigrades possess potentially novel mechanisms for surviving desiccation,” a team of scientists led by Dr. Thomas Boothby of the University of North Carolina wrote in the study.

So the scientists set out to figure out what mechanism the tiny survivors use instead.

They did that by studying tardigrades in unstressed, dehydrated and frozen states, including taking a peek at their genes. What they discovered is that one set of genes is expressed at a high level when the little creatures become dehydrated. These “intrinsically disordered proteins,” or TDPs, essentially turn water bears into glass, they reported.

The scientists found similar genetic expressions in yeast, but due to a different protein, which may indicate convergent evolution, the scientists said.

The discovery goes beyond just figuring out how tiny survivors like tardigrades work their biological magic.

“More broadly, our study highlights the diversity and functional role of disordered proteins in mediating stress tolerance,” the scientists wrote. “We anticipate that this work will serve as a foundation for pursuing long-term goals of the desiccation tolerance field, including the engineering of drought-resistant crops and the stabilization of sensitive pharmaceuticals and cells in a dry state.”

The study was published in Molecular Cell.