When tourists get too close to wildlife, it won’t end well • Earth.com 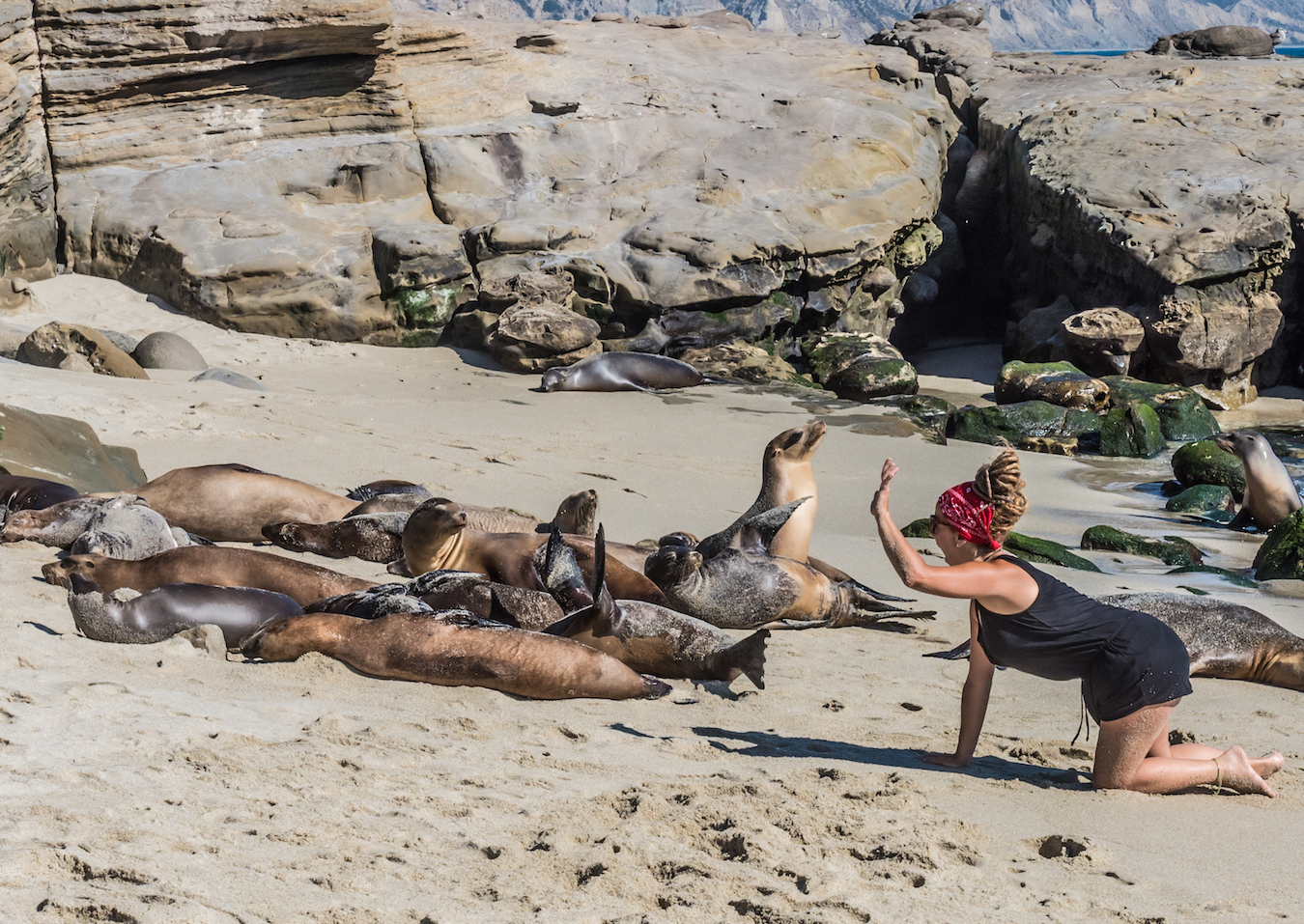 When tourists get too close to wildlife, it won’t end well

Seeing animals in the wild can be an exciting and awe-inspiring tourism opportunity. From cruising on an African safari to whale watching in the expansive sea, vacations and wildlife encounters often intertwine. These interactions can make for a great photo and even spark an interest in wildlife conservation, but they can also have a dark side.

On a recent vacation to San Diego, California, I experienced wildlife tourism firsthand. All of the travel blogs I read urged me to head up the coast to see the neighborhood of La Jolla which is known for their seals and sea lions, so I decided to make a pit stop.

I first watched the seals atop a stone bridge which looked down onto the beach, providing a physical barrier between the tourists and the wild animals. The seals slept, played and swam through the water, seemingly indifferent to our presence as tourists cooed and snapped photos.

As I walked towards the rocks where the sea lions sunbathed, I noticed numerous signs warning visitors that it was against federal law to feed or harass the sea lions. When I reached the top of the rocks, it was clear why the signs were there.

There were at least a half dozen tourists walking up to a small group of sea lions, within feet of the wild animals smiling for selfies. The sea lions were clearly distressed and tried to scurry away from the tourists as the tourists kept following them. One mother sea lion ran off, leaving her newborn pup behind alone. The pup laid lifeless on the rocks while people posed for photos next to him.

While the mothers may leave their pups to find food, The Marine Mammal Center in California warns visitors not to take selfies with newborn animals as the mothers can get scared and abandon their pups. Thankfully during my visit, the mother eventually returned to her pup as the crowds thinned out but I still left the beach feeling deflated. The fun day of sightseeing had slowly turned into a glimpse into the potential problems with human-wildlife encounters.

The sea lions I saw that day are protected by the Marine Mammal Protection Act. The act prohibits the feeding, harassment, hunting, capture, collecting and killing of marine mammals. Despite the signs displayed all throughout the beach outlining the act, tourists proceeded without caution. A local activist has filmed hours of footage of tourists petting, chasing and taking pictures with seals and sea lions at La Jolla beaches.

These close encounters not only stress out the animals involved but put the public at risk. According to NOAA Fisheries Greater Atlantic Region, “Getting too close to a wild animal puts you—and the animal—at risk. Seals have powerful jaws, and can leave a lasting impression. We have received reports of a number of injuries to humans as a result of getting too close to an animal during a quick photo op.”

Wildlife attacks can occur when humans encroach upon wild animals’ habitat. Last month, a polar bear was shot to death by cruise officials after the boat docked in the animals’ territory. Cruise ship workers exited the ship to survey the area and encountered a polar bear. The workers ended up shooting the animal after attempts to scare him off were unsuccessful.

This occurred on an island where the 3,000 polar bears outnumber the locals. In addition to being a protected species under the Marine Mammal Protection Act, the polar bear is also listed as “vulnerable”.