Toxic algae is a growing threat in the United States • Earth.com 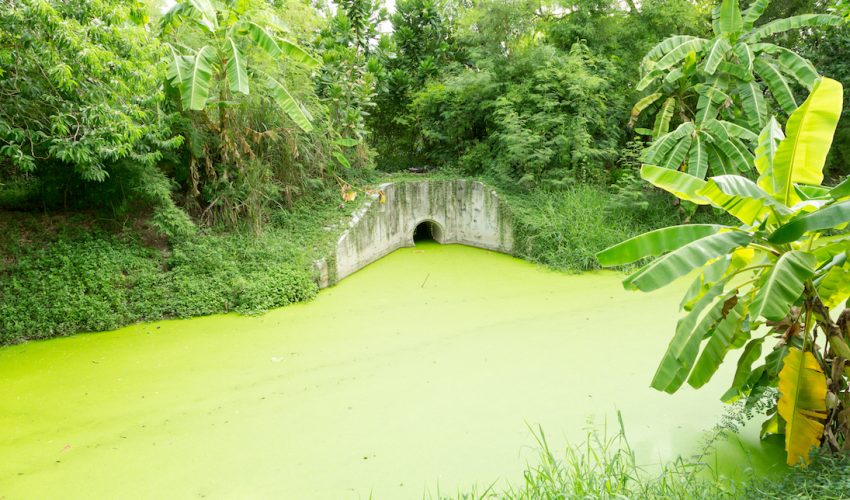 Toxic algae is a growing threat in the United States

Algae is growing out of control across the United States, making people sick and even killing animals. Over the last ten years, toxic algae outbreaks have become a major environmental problem in every state, and the trend is likely to gain momentum as water temperatures rise.

In 2016, a state of emergency was declared in Florida and beaches were closed when algae blooms spread from Lake Okeechobee to surrounding streams. In Utah, over 100 people got sick after swimming in the lake, while 32 cows died from toxic algae on a ranch in Oregon.

According to scientists, monster blooms of algae are created by excessive agricultural fertilizer runoff into warm, calm waters. Chemicals and manure are washed into streams, lakes, and oceans.

Dead zones, areas starved of oxygen due to algae decay, are 30 times more prevalent since 1960. Every summer a dead zone appears in the Gulf of Mexico, and this year’s was the largest ever measured.

“It’s a big, pervasive threat that we as a society are not doing nearly enough to solve,” said  University of Michigan environmental scientist Don Scavia. “If we increase the amount of toxic algae in our drinking water supply, it’s going to put people’s health at risk. Even if it’s not toxic, people don’t want to go near it. They don’t want to fish in it or swim in it. That means loss of jobs and tax revenue.”

Federal agencies have conducted billions of dollars worth of studies, but the findings of an analysis from the Associated Press (AP) suggest that the research has not helped matters much.

The AP found that the levels of algae-feeding nutrients are rising in many lakes and streams. The report also said that only a small minority of farms participate in federal programs that promote practices to reduce fertilizer runoff, and farmers are often turned away from funding because there is not enough money.

The U.S. Natural Resources Conservation Service reports spending $29 million on such voluntary programs since 2009, and says that 500,000 operations have participated.

The Environmental Protection Agency says indirect runoff is now the biggest source of water pollution in the United States, yet the Clean Water Act of 1972 prevents the government from regulating runoff as it does not release waste directly into waterways.

The government only asks farmers to volunteer to participate in safer practices regarding fertilizer runoff, such as planting cover crops and developing more efficient irrigation systems.

According to University of Florida wetland ecologist Mark Clark, farmers are free to use excessive fertilizer to produce higher yields with no consequences in place for allowing runoff.