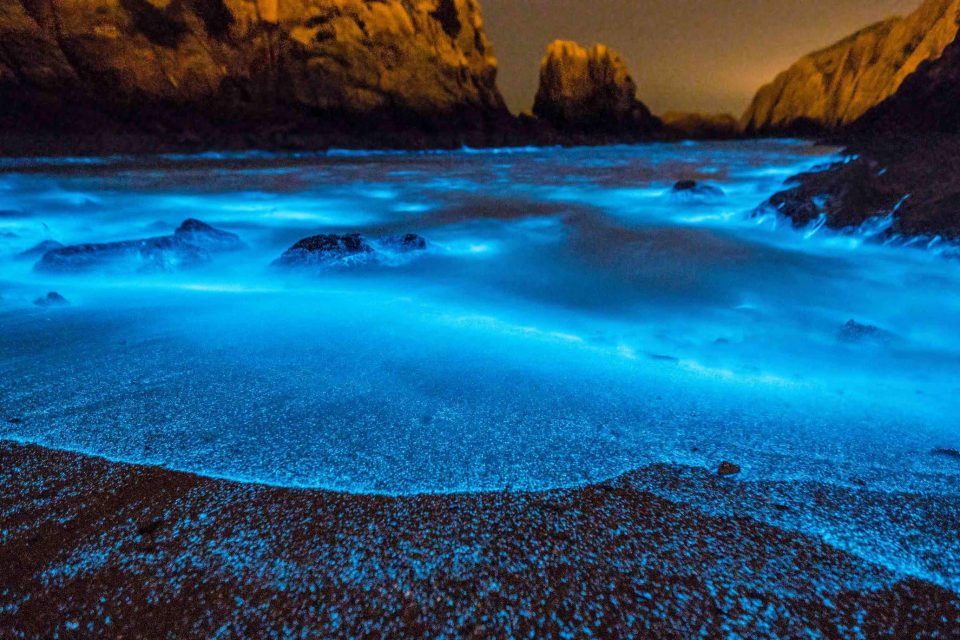 Beautiful yet toxic: ‘Blue tears’ blooms in China’s seas are growing. The glowing bright blue waters that draw tourists from all over to the coast of the East China Sea may seem like a perfect example of bioluminescence at its best. However, the twinkling waves are harboring a toxic secret.

The glowing waters around the East China Sea are caused by blooms of plankton called red Noctiluca scintillans, and satellite imagery shows that the blooms are spreading farther and wider than in previous years.

Nicknamed “blue tears” or “sea sparkles,” blooms of red Noctiluca scintillans are a huge draw for tourists, but these blooms could be causing irreparable damage to the coastal marine and river ecosystems where they flourish.

Like algal blooms, when nutrient levels are high enough to support expansive blooms, it can choke out other marine life by lowering oxygen levels in the water.

In the first-ever satellite study of the plankton, researchers in China analyzed almost 1,000 images taken by the International Space Station and the National Aeronautic and Space Administration’s Terra and Aqua satellites going back nearly 20 years.

The researchers found that the blooms, which are easily visible from space due to the way the plankton absorb and scatter blue light, appeared between April and August over the past 18 years.

Not only did the researchers recognize a pattern in the blooms, but the satellite images also showed that in recent years the plankton spread further and further from the shore. 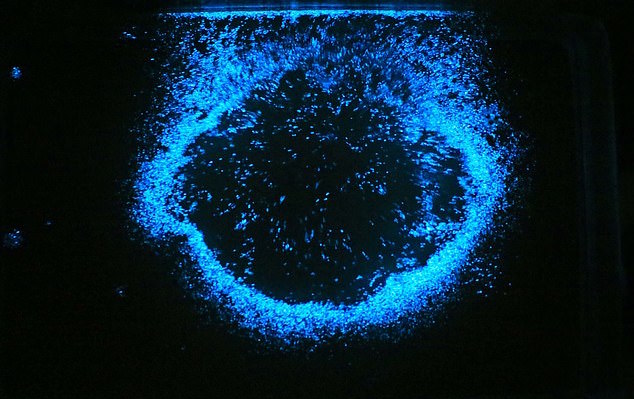 The blooms were observed in warmer waters than normal, and the researchers say that they are growing.

As far as what could be causing the blooms to spread, the researchers say that fertilizer runoff and the Three Gorges Dam which generates massive amounts of energy could be feeding the blooms and encouraging the plankton to spread beyond their usual range.