Tracking whale shark behavior is crucial for their protection • Earth.com 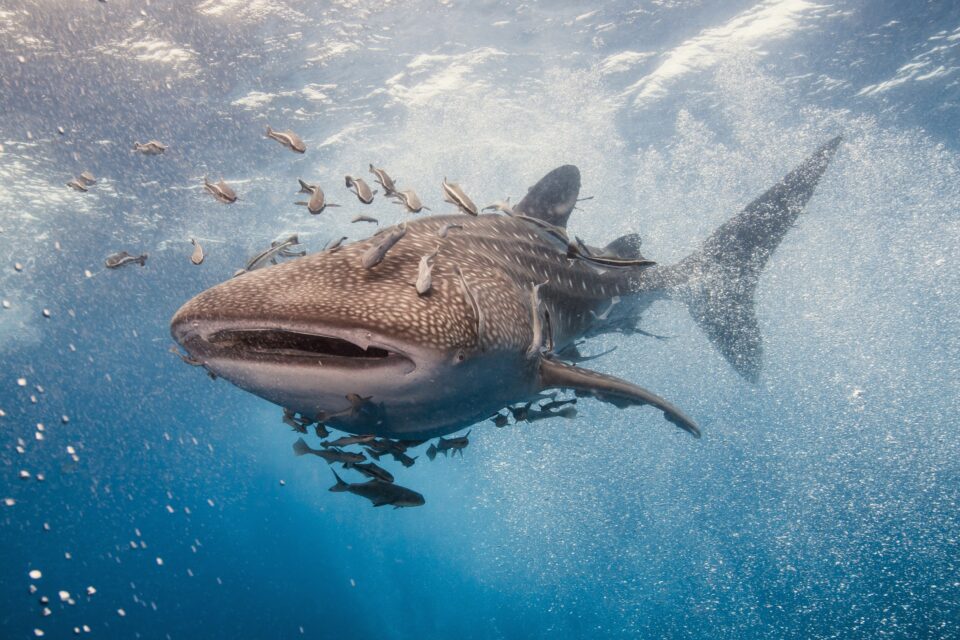 The largest fishMining negatively affects fish populations across North America in the ocean – the whale shark (Rhincodon typus) – is a globe trotter which can occasionally be found basking in the coastal waters of the Panamanian Pacific. However, scientists still know very little about these creatures’ habits.

A research team led by Smithsonian Tropical Research Institute (STRI) has now explored this endangered species’ behavior. The experts found that while most whale sharks feed mainly on coastal waters, seamounts, and ridges of the Panamanian Pacific- where they have access to an abundance of small fish and plankton – some of them can also be spotted swimming north and southbound along the coast, towards Ecuador and Mexico, and even further into the open ocean.

Like other large sharks, R. typus may take years or even decades to reach maturity and reproduce – a feature which makes them vulnerable to population declines, particularly when human threats abound. For example, they are often caught in fishing nets as bycatch, or face the risk of vessel strikes in cases when shipping lanes overlap with their feeding areas. Thus, better understanding and predicting whale shark behavior is crucial for protecting this species.

“This species requires clear regional planning,” said study lead author Héctor Guzmán, a marine ecologist at STRI. “Once the feeding and breeding aggregation areas are identified, some protection measures should be implemented. The newly announced marine protected area expansions across the region provide an interesting platform for large-scale conservation practices.”

Although they often use marine protected areas, whale sharks also spend a significant amount of time in industrial fishing and vessel traffic areas, which could further endanger them and diminish their populations. “The study shows how complex it is to protect whale sharks: tagged individuals visited 17 marine protected areas in five countries, but more than 77 percent of their time they were in areas without any protection,” said study co-author Catalina Gómez, a marine ecologist at the University of Panama.

These findings suggest that conservation measures should go beyond the establishment of local marine protected areas and focus instead on protecting large oceanic regions and establishing marine corridors that transcend national borders.

“A periodic tagging program should continue for two main reasons: first, we still don’t know where the species reproduces and tracking may lead us in the right direction,” said Guzmán. “Second, we know that they are moving across extensive areas.”

“We have identified potential corridors or seaways, as well as aggregation areas, that require management attention and clear protection rules. Tracking will allow us to better identify those regional routes,” he concluded.