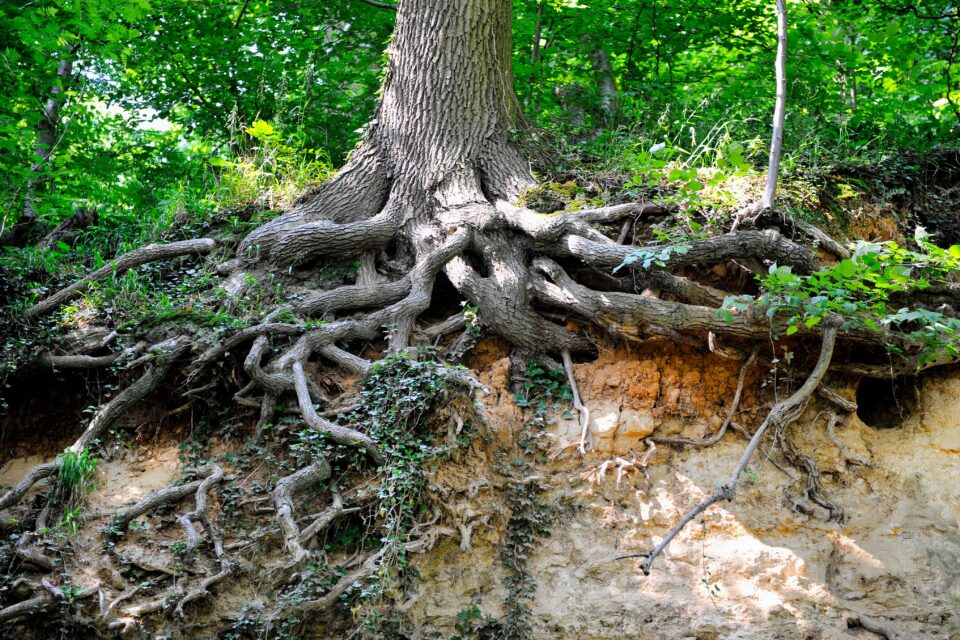 The Devonian Period that occurred between 419 and 358 million years ago, prior to the evolution of terrestrial life, is well-known for mass extinction events during which an estimated 70 percent of life on Earth was decimated. Now, a team of scientists from Indiana University Purdue University-Indianapolis has argued that the evolution of tree roots may have triggered this series of catastrophic extinctions which rocked the Earth’s oceans during this period.

“Our analysis shows that the evolution of tree roots likely flooded past oceans with excess nutrients, causing massive algae growth,” said study co-author Gabriel Filippelli, a biogeochemist at IU. “These rapid and destructive algae blooms would have depleted most of the oceans’ oxygen, triggering catastrophic mass extinction events.”

The process described by the scientists – known as “eutrophication” – is remarkably similar to the modern, albeit smaller-scale phenomena currently fueling “dead zones” in the Great Lakes and the Gulf of Mexico, as excess nutrients from fertilizers and other agricultural runoff trigger massive algal blooms which consume most of the water’s oxygen. However, the past events were likely caused by tree roots instead, which pulled large amounts of nutrients during times of growth, and abruptly dumped them into water during times of decay.

By chemically analyzing stone deposits from ancient lake beds, the scientists confirmed previously identified cycles of higher and lower amounts of phosphorous (a chemical element found in all life on Earth), as well as wet and dry cycles based upon signs of “weathering” – or soil formation – caused by root growth, with greater weathering indicating wet cycles with more roots and less weathering dry ones with fewer roots. Most importantly, the researchers found that the dry cycles coincided with higher levels of phosphorous, suggesting that dying tree roots released their nutrients into the Earth’s waters during those periods. Thus, the decay of tree roots seems to be the main suspect behind the Devonian mass extinctions.

Fortunately, modern trees don’t cause similar destruction, since nature has evolved better mechanisms to balance out the impact of rotting wood, and the depth of contemporary soils can retain more nutrients than the thin layer of dirt which covered ancient Earth. However, current pollution from fertilizers, manure, and other organic waste, has now placed the Earth’s oceans once more on the edge of anoxia – a complete lack of oxygen that could have disastrous consequences for marine life.

“These new insights into the catastrophic results of natural events in the ancient world may serve as a warning about the consequences of similar conditions arising from human activity today,” Fillipelli concluded.

The study is published in the journal Geological Society of America Bulletin.