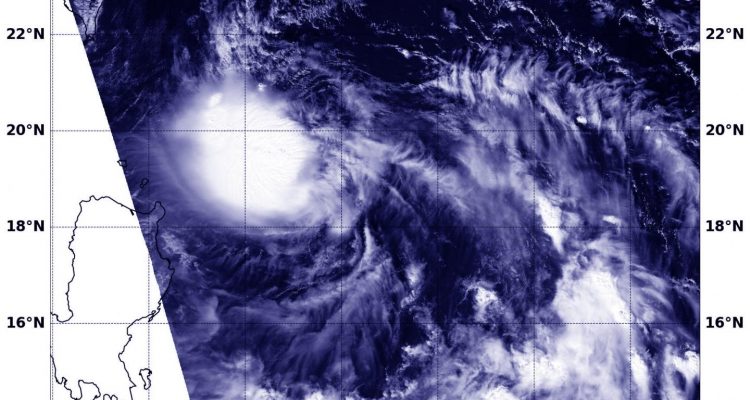 The Moderate Resolution Imaging Spectroradiometer (MODIS) on NASA’s Aqua satellite captured a visible image of Tropical Depression 22W (TD22W) on Oct. 5 at 12:35 a.m. EDT (0435 UTC). The image showed strong thunderstorms around the center of circulation, but the center appeared somewhat elongated. That’s because the storm is dealing with moderate vertical wind shear.

Tropical Depression 22W is forecast to track to the west-northwest over the next several days and its center is expected to move over open waters and pass between Luzon, northern Philippines and Taiwan.