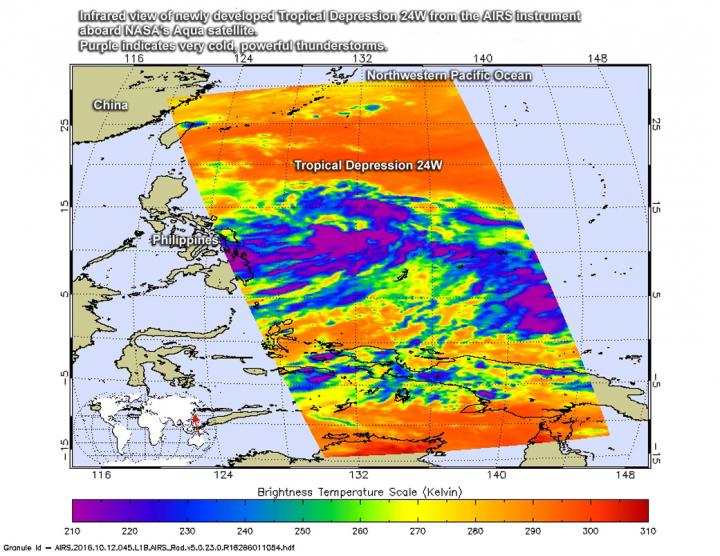 The Atmospheric Infrared Sounder or AIRS instrument that flies aboard NASA’s Aqua satellite analyzed Tropical Depression 24W (TD24W) in infrared light at Oct.12 at 12:29 a.m. EDT (429 UTC). Coldest cloud top temperatures exceeded minus 63 degrees Fahrenheit (minus 53 degrees Celsius) in bands of thunderstorms east of the center from the northeastern to the southern quadrants. Storms with temperatures that cold are high in the troposphere and NASA research has shown they have the ability to generate heavy rain.

JTWC forecasts 24W to strengthen into a typhoon and make landfall in Luzon, northern Philippines sometime on Oct. 15.