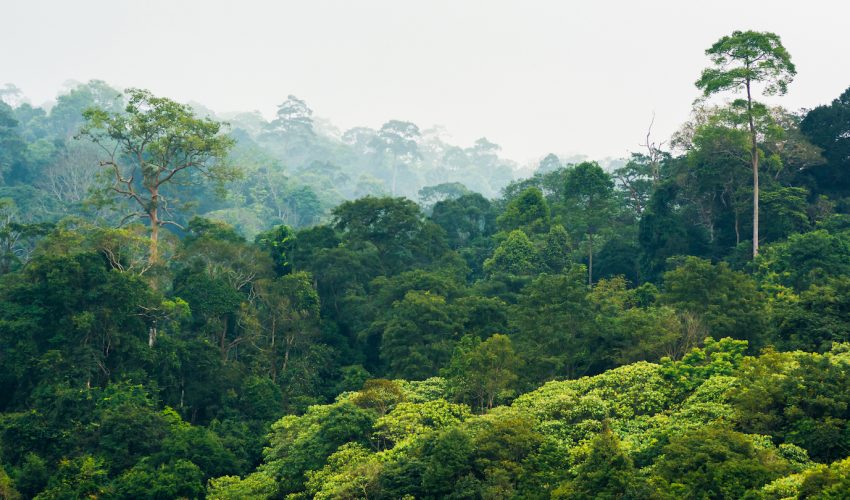 One of the many, many benefits that forests bring to our existence on earth is their ability – or more specifically, the trees’ ability – to capture carbon. This action delays the effects of climate change and enhances the air we breathe.

However, a new approach to measuring changes in aboveground forest carbon density has led researchers to discover that widespread deforestation, degradation, and disturbance has caused tropical forests to now emit more carbon than they capture. This completely counters the role they have played as a net carbon “sink.”

For the first time, scientists are able to account for changes from subtle natural and human caused activities – such as degradation and disturbance – rather than just deforestation. These more subtle impacts include small-scale tree removal and mortality, as well as measuring for gains from forest growth.

Researchers from the Woods Hole Research Center (WHRC) and Boston University teamed up to analyze 12 years (2003-2014) of satellite imagery, laser remote sensing technology, and field measurements. They captured losses in forest carbon from wholesale deforestation, as well as from small-scale degradation and disturbance.

“It can be a challenge to map the forests that have been completely lost,” explains WHRC scientist Wayne Walker, one of the study’s authors. “However, it’s even more difficult to measure small and more subtle losses of forest. In many cases throughout the tropics you have selective logging, or smallholder farmers removing individual trees for fuel wood. These losses can be relatively small in any one place, but added up across large areas they become considerable.”

With these new, cutting-edge measurements, the results showed that tropical forest regions are actually a net source of carbon to the atmosphere, emitting more carbon than all of the cars and trucks in the United States combined. The smaller-scale activities – degradation and disturbance – were responsible for the majority of the forest loss in all continents, except for Asia.

Besides being major carbon stores, these tropical forests are areas of great biodiversity, containing essential ecosystems that produce food and fuel for millions of people around the world. The study’s authors believe that their findings add a new urgency to the need for significant global and national efforts in reducing greenhouse gas emissions.

“These findings provide the world with a wakeup call on forests,” says WHRC scientist Alessandro Baccini, the study’s lead author. “If we’re to keep global temperatures from rising to dangerous levels, we need to drastically reduce emissions and greatly increase forests’ ability to absorb and store carbon.”

With governments around the world attempting to meet their commitments under the Paris Agreement, this new research shows that tropical forests are a significant factor in climate change mitigation. By halting deforestation and degradation on tropical forests, the authors suggest we could reduce annual carbon emissions by at least 8% of the annual total.

“With this study, countries are now able not only to identify where degradation is taking place, but also, given the potential to now measure gains from growth, they can demonstrate their contribution to returning tropical forests to their more beneficial role as a carbon sink,” Baccini says. “We envision this tool improving the way countries across the tropics tackle the challenges of deforestation and degradation.”