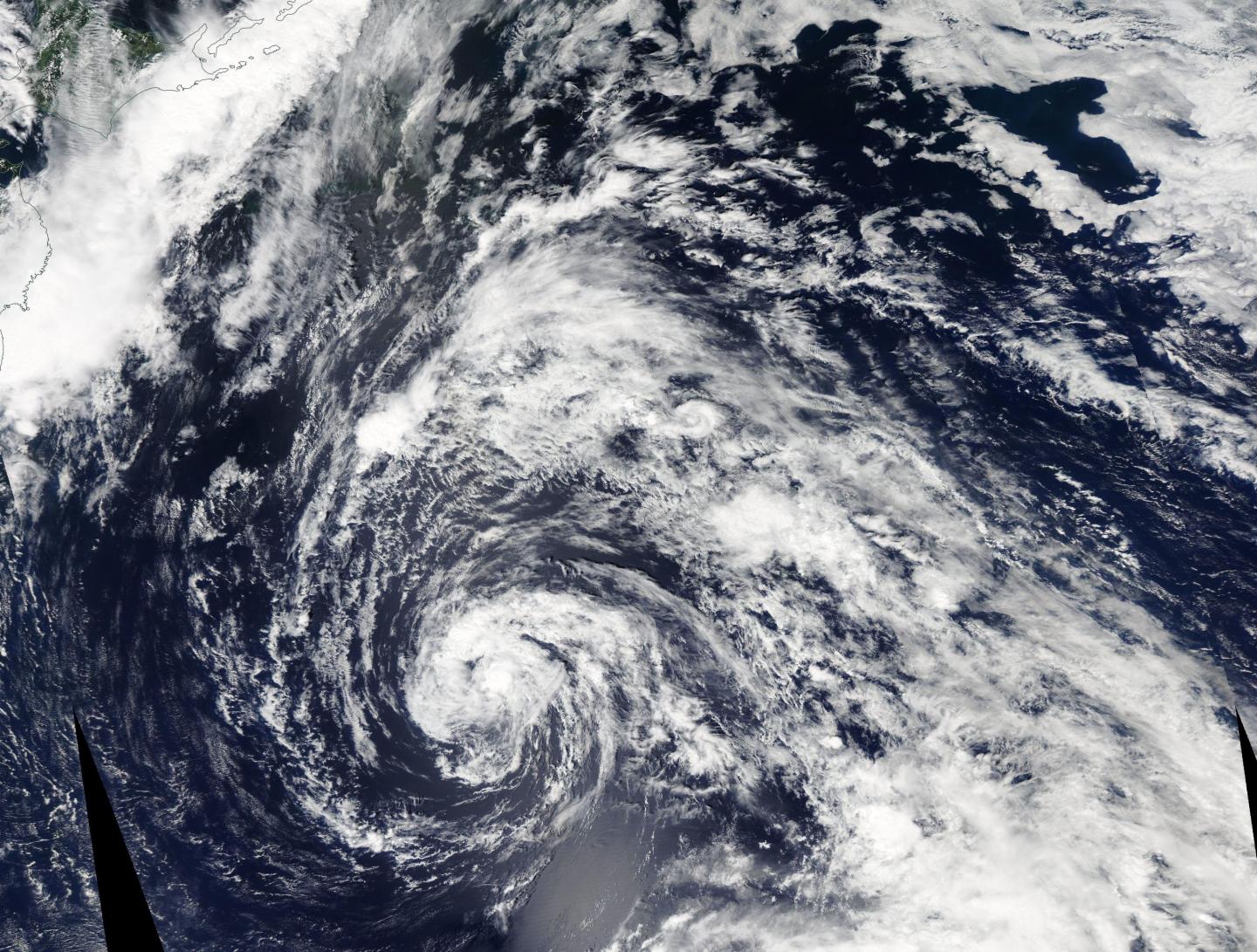 Tropical Storm 12W formed over the open waters of the Northwestern Pacific Ocean, far southeast of the big island of Japan. NASA’s Aqua satellite captured an image of the small storm on Aug. 18, 2016.

Tropical Storm 12W (12W) was spotted by the Moderate Resolution Imaging Spectroradiometer or MODIS instrument aboard NASA’s Aqua satellite on Aug. 18. 12W appeared symmetrical. Animated enhanced infrared satellite imagery revealed a broad low-level circulation center with the bulk of the deep convection (and developing thunderstorms) persisting over the northern quadrant. Tropical Storm 12W forms over the Northwestern Pacific Ocean. Also the storm has caused so much damage due to strong and high winds and flooding.

The Joint Typhoon Warning Center forecast calls for Tropical Storm 12W to move in a generally westerly direction over the next several days and intensify into a typhoon by Aug. 23 as it nears the southern islands of Japan.