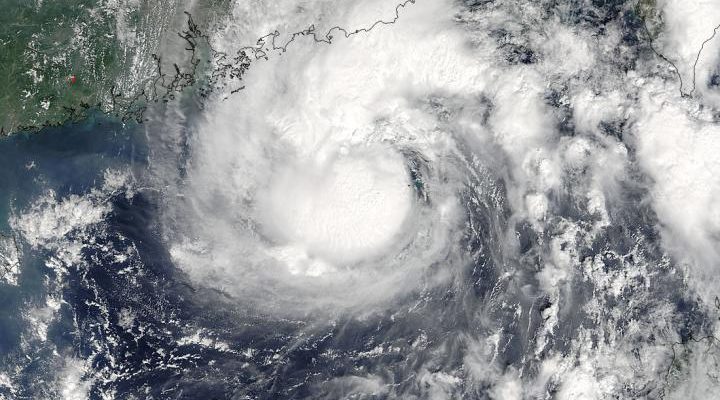 As a result of the storm’s close proximity to land, the Central Weather Bureau of Hong Kong issued Standby signal #1.

On Oct. 7 at 02:50 UTC (Oct. 6 at 10:50 p.m. EDT) the Moderate Imaging Spectroradiometer (MODIS) instrument aboard NASA’s Terra satellite captured a visible image of Tropical Storm Aere off southeast China. Thunderstorms circled the well-defined center of the storm while a large band of thunderstorms feeding into the center stretched to the north and northeast of the center over the coast of China.

It was about 148 nautical miles southeast of Hong Kong, near 20.8 degrees north latitude and 116.3 degrees east longitude. Aere was moving to the north-northwest at 4.6 mph (4 knots/7.4 kph).

There is currently no big weather system to drive the track of Aere, and the Joint Typhoon Warning Center said that a developing sub-tropical ridge (elongated area) of high pressure building over China will push the storm to the west. Current forecast track moves Aere south of Hainan Island, China by Oct. 12.