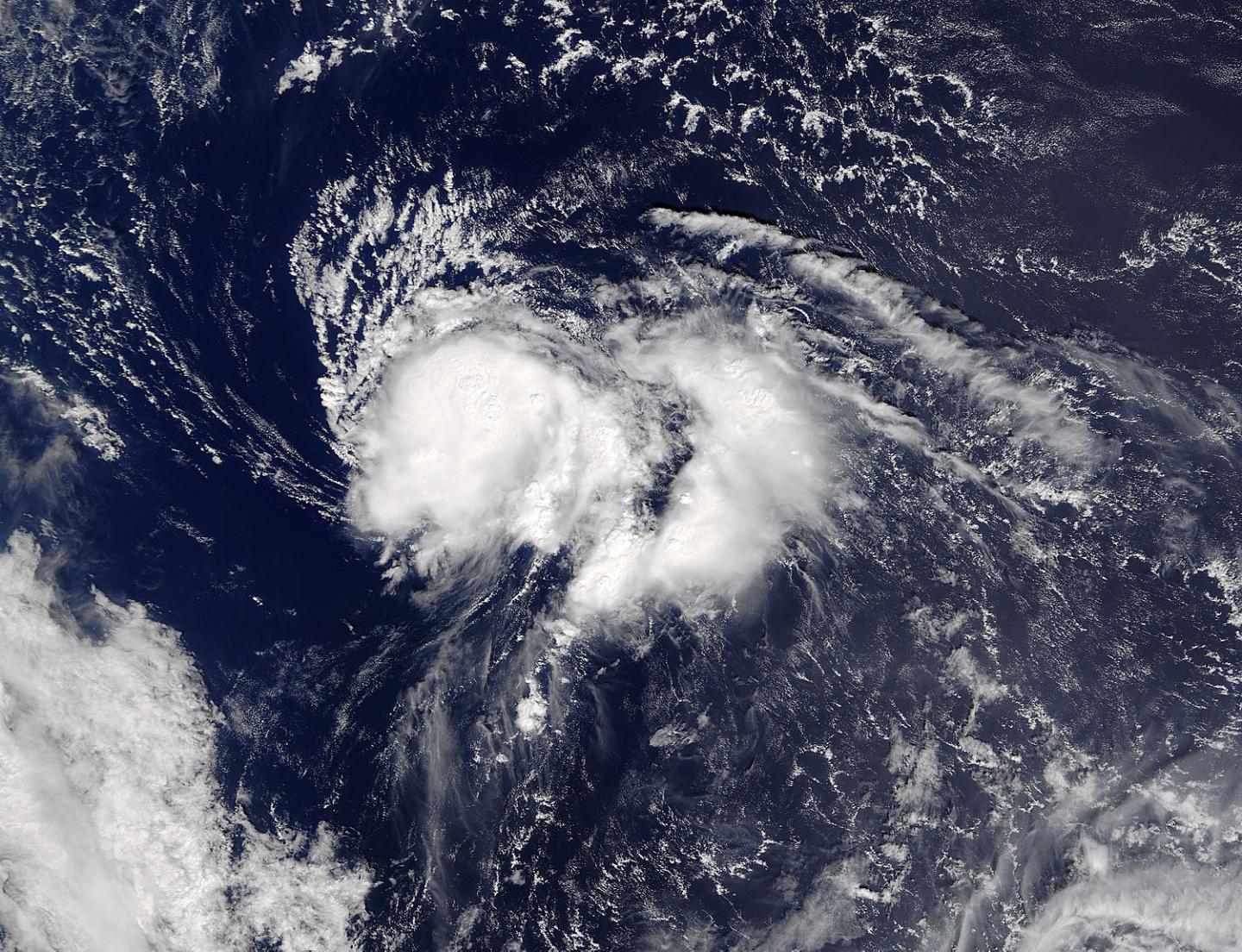 Satellite imagery shows that Tropical Storm Nicole is less than half the size of powerful Hurricane Matthew. Matthew is moving through the Bahamas, while Nicole, positioned east of Matthew, is holding steady just below hurricane strength as it crawls toward Bermuda.

On Oct. 5 at 10:35 a.m. EDT, the Moderate Resolution Imaging Spectroradiometer or MODIS instrument aboard NASA’s Terra satellite captured a visible image of Tropical Storm Nicole in the western Atlantic Ocean. Strong thunderstorms around the storm’s center bubbled higher than the surrounding storms.

A visible image showing Matthew and Nicole on Oct. 6 at 7:45 a.m. EDT was captured by NOAA’s GOES-East satellite. The image shows large Hurricane Matthew stretching from eastern Cuba and Hispaniola, over the Bahamas and extending to Florida. Matthew is west of the much smaller Tropical Storm Nicole. Nicole was about 400 miles south of Bermuda and although approaching hurricane strength, no eye was yet visible.

NOAA’s National Hurricane Center forecaster Cangialosi noted on the Oct. 6 Nicole discussion at 5 a.m. EDT, “The cloud pattern has generally changed little since the previous advisory, and it consists of a central dense overcast feature with some curved bands to the east of the center. Earlier microwave data did show a mid-level eye, but this feature is not apparent in geostationary satellite images.”

Tropical-storm-force winds extend outward up to 70 miles (110 km) from the center. The estimated minimum central pressure is 995 millibars.

Nicole is expected to drift erratically as a trough currently off the coast of New England is expected to move southeastward and erode the ridge. “This pattern change will likely leave Nicole in weak steering currents beginning in about 24 hours (Oct. 7),” Cangialosi said.