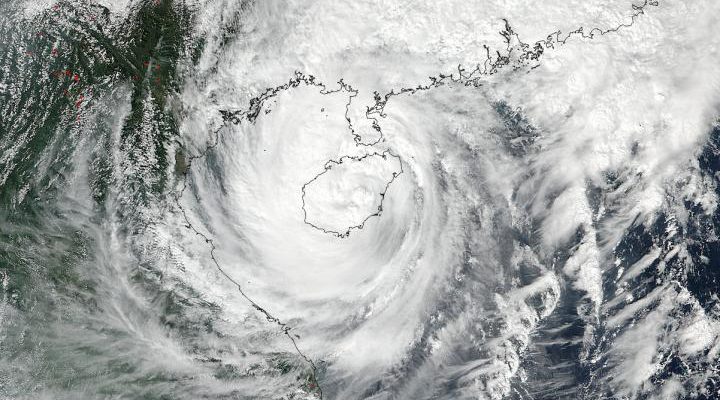 As Tropical Storm Sarika moved over Hainan Island, China, NASA-NOAA’s Suomi NPP satellite captured a visible picture of the storm as it made a direct hit.

On Oct. 18 at 1:55 a.m. EDT (0555 UTC) the Visible Infrared Imaging Radiometer Suite (VIIRS) instrument aboard NASA-NOAA’s Suomi NPP satellite provided a visible-light image of the storm. The image showed the center of circulation covered by clouds.

Forecasters at the Joint Typhoon Warning Center noted that infrared satellite imagery showed that the low-level circulation center is weakening rapidly and that the strongest thunderstorms within the tropical cyclone appear to be disorganized.

Sarika is moving northwest and is forecast to cross the Gulf of Tonkin and make final landfall in northern Vietnam. A Severe Tropical Storm Warning is in effect from central to northeastern Vietnam.