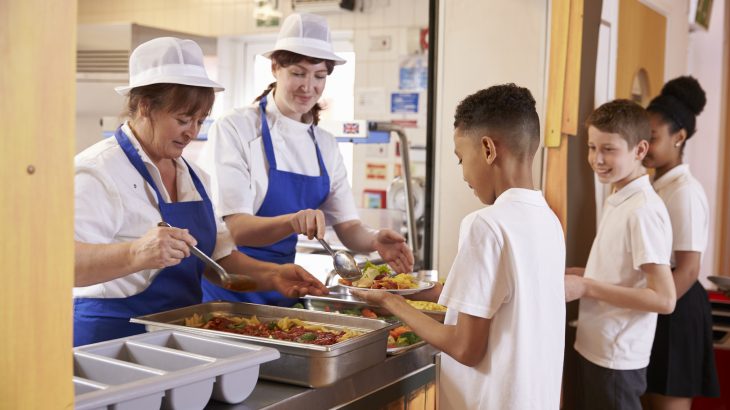 In yet another rollback of Obama-era policies by the Trump administration, the US Department of Agriculture recently announced plans to relax nutrition standards put in place under the Healthy, Hunger-Free Kids Act of 2010.

Michelle Obama advocated for the 2010 legislation in an effort to battle childhood obesity, but also stirred up controversy and unappetizing photos of new school lunches. However, studies showed that children were eating healthier meals after the legislation was passed.

Now, any progress in school lunch nutrition made in the past eight years could be unraveled thanks to the new changes that will allow schools to serve flavored milk, more refined grains, and foods higher in sodium.

The changes will go in effect in July and apply to school meals that qualify for federal reimbursement, according to the New York Times.

Sonny Perdue, the Agriculture Secretary and the man behind the new plans, says that relaxed standards will make school lunches more appetizing and appealing to children.

“If kids are not eating what is being served, they are not benefiting, and food is being wasted,” Perdue said in a statement.

On top of making lunches more appealing, the lowered standards will also be easier for schools to comply with and put less of a burden on the oil and coal industries, according to the Trump Administration.

According to the Daily Mail, the issue of compliance was questioned by the Center for Science in the Public Interest because most schools that offer meals that qualify for federal reimbursement already complied with the regulations.

Grains, sodium levels, and flavored milk will see some of the biggest changes under the new regulations.

Under the Healthy Act, flavored milk was only allowed twice per week and all milk was nonfat and one percent.Now, schools can serve low-fat milk and chocolate milk every day.

One of the main arguments for bringing chocolate and whole milk back is that under the previous regulations, children weren’t drinking enough milk.

However, Miguel Villarreal the director of food and nutritional services for the Novato Unified School District in Northern California, told the New York Times that it just took a little adjustment for children to get used to non-flavored, low-fat milk. Often flavored milk is high in sugar and so is an unhealthy choice.

The new regulations have garnered mixed and divided reactions, but the relaxed plans seem counterintuitive to well-established nutritional standards and dietary recommendations, particularly for children who are beginning to form lifelong food habits and preferences.