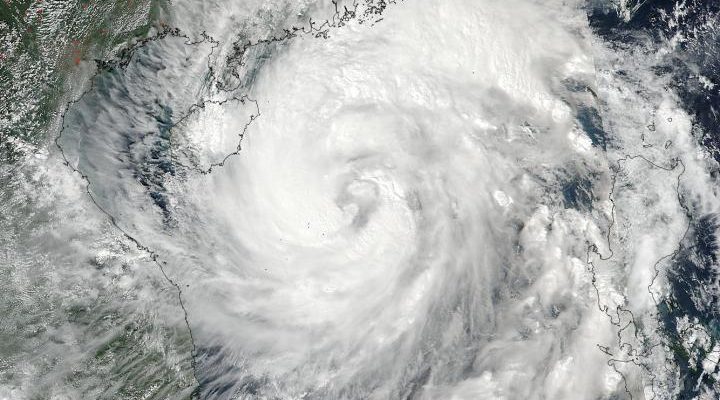 Byadmin
Earth.com staff writer
NASA-NOAA’s Suomi NPP satellite provided a visible look at Typhoon Sarika as it was poised for its second of three expected landfalls. When the satellite passed over Sarika it was in the South China Sea.

Strong wind signal #3 is in force at Hong Kong, China, according to the Central Weather Bureau. Sarika, formerly known as Tropical Depression 24W fills up the northern half of the South China Sea on satellite imagery.

The Joint Typhoon Warning Center forecasts Sarika to move toward Hainan Island, China where it is expected to make landfall. Sarika is later forecast to continue west and make a third landfall in northern Vietnam.