UN climate conference ends with pleas for Trump to join the fight • Earth.com 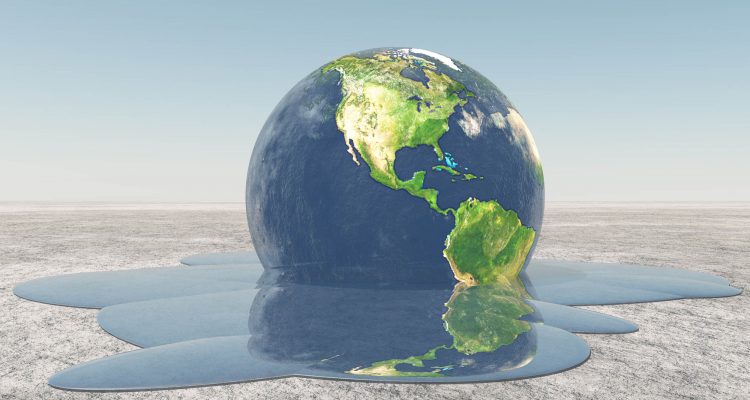 On Friday, the United Nations held its first climate conference since enacting the Paris Agreement on climate change. The atmosphere at the conference, which should have been jubilant and optimistic, was instead marred by fears over the impact of a Donald Trump presidency.

Delegates at the climate conference appealed to Donald Trump to join the battle against global warming and invited him to see current climate change impact in Pacific islands.

Suddenly faced with the possibility that the U.S. could withdraw from the emissions pact adopted in Paris last year, countries rallied in support of the deal and said they would forge ahead no matter what.

Moroccan Foreign Minister Salaheddine Mezouar, the host of the two-week talks in Marrakech, said the climate conference’s “message to the new American president is simply to say, ‘We count on your pragmatism and your spirit of commitment.'”

Trump said during his campaign that he would “cancel” the Paris Agreement and withdraw American tax dollars from U.N. global warming programs.

More than 190 countries, including the United States, pledged in the deal to reduce greenhouse gas emissions blamed for rising temperatures and sea levels, worsening droughts and heat waves.

In Marrakech, delegates from China to Brazil expressed hope that Trump didn’t mean what he said during his campaign. Some appealed to him directly to change his mind about the issue.

“I renew my offer to President-elect Trump to come to Fiji and see the effects of climate change,” said the island nation’s prime minister, Frank Bainimarama, drawing applause from the conference.

Small island nations are among the strongest advocates for sharp cuts in greenhouse gas emissions because they fear their survival depends on it. Many are already experiencing the effects of climate change, with rising seas eroding their coastlines and intruding into their freshwater supply.

As the conference drew to a close, German Environment Minister Barbara Hendricks said it “has demonstrated that the spirit of Paris is alive and stronger than ever.”

With mostly procedural issues under negotiation at the climate conference, countries announced various partnerships and initiatives to show their commitment to a clean-energy transition.

In a symbolic move, more than 40 vulnerable countries including small island nations and drought-hit African countries, declared they would pursue 100 percent renewable energy “as rapidly as possible.”

Many of them would require support from richer countries to switch to renewable energy sources like wind and solar power. Some, including the Philippines and Bangladesh, plan to expand coal power, a key source of global warming emissions, to meet their growing energy needs.

Still, the declaration signaled support from even poor countries that previously had said it was up to the West, which historically has polluted the most, to reduce emissions.

“This is a group of countries that are the most vulnerable to climate change, but they are not sitting back and complaining about being vulnerable,” Jennifer Morgan of Greenpeace said. “They are acting and they are setting the pace for the type of change that we need to see in our world.”