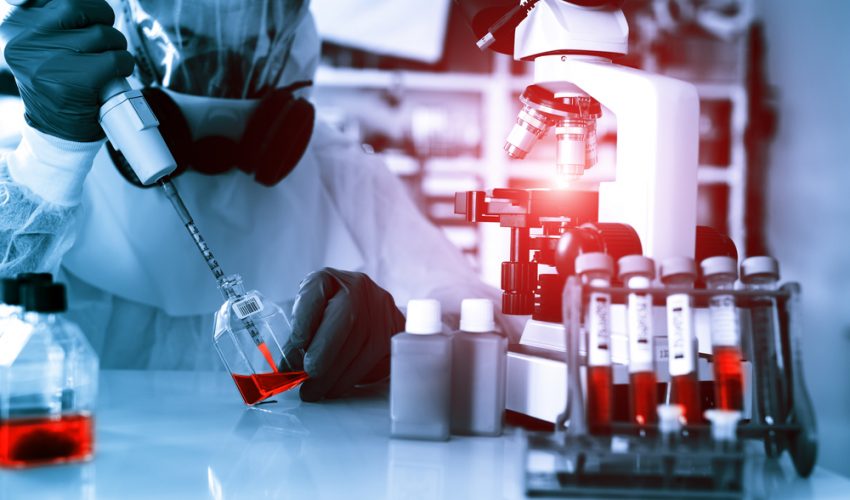 A new vaccine could protect chimpanzees and gorillas from the deadly Ebola virus – if it’s ever approved for use in the wild.

Like humans, gorillas and chimps can catch the virus, and outbreaks can wipe out large numbers of the primates.

Now, scientists are hoping that a vaccine developed in response to a major human outbreak more than three years ago has led to a similar inoculation for the apes.

“In 2014 the world was gripped by fears of an Ebola virus (EBOV) pandemic. Few people realized that Ebola had already inflicted pandemic scale mortality on our closest relatives, killing about one third of the world’s gorillas and countless chimpanzees,” the researchers wrote in a new study, published in the journal Scientific Reports.

In late 2013, an epidemic of the Ebola virus took hold in West Africa. By the time it was brought under control a year ago, more than 11,000 people had died around the world. The virus spread to several countries in West Africa along with the United States, United Kingdom, Spain and Italy.

The epidemic – the largest ever outbreak of the deadly Ebola virus, which causes pain, fever, chills, sweating, hemorrhaging and other symptoms – spurred efforts to create a vaccine.

At least one vaccine has been created for humans, and is undergoing successful trials in West Africa.

But it raised the question, what about a vaccine for gorillas and chimps? The Ebola virus often ravages their populations, too. For them, it’s much more deadly; during an Ebola outbreak among primates, the death toll is often more than 90 percent of those infected, scientists said.

The study, led by Dr. Peter Walsh of the University of Cambridge, developed an oral vaccine using an oral rabies vaccine already in use.

While testing the effects of the vaccine on the chimps as well as its effectiveness, researchers also studied the psychological effects the testing had on their subjects.

According to the scientists, the oral vaccine was hugely effective. Testing showed a strong immune response against the Ebola virus in the chimps, they said.

Testing showed few physiological responses to stress, and those chimps that did exhibit stress were already showing signs of it before the study, the scientists said.

The research team is now looking at how the vaccine could be distributed to wild chimpanzee populations, including through heat-stabilized bait.

However, the ethical hurdles of testing on chimps may put up a roadblock to the vaccine being used in wild populations. Aside from pushback against recombinant vaccines, there is now a shortage of test populations, the scientists said.

“It seems likely that further safety and immunogenicity trials on captive chimpanzees will not be part of the development program,” the team wrote. “In principle, research that benefits wild chimpanzee conservation is exempt under the new ESA regulations banning medical research on chimpanzees. In practice, all of the biomedical facilities that held chimpanzees have or are in the process of “retiring” their populations to sanctuaries.”