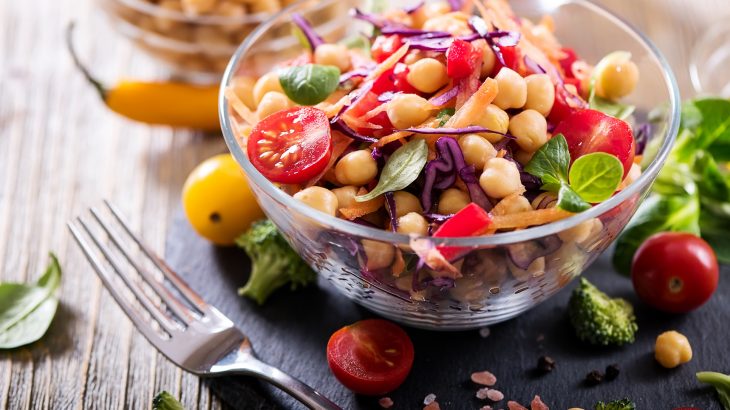 Vegetarians and vegans have a lowered risk of coronary heart disease (CHD) but may have a higher risk of stroke, according to a new study.

There are many proposed health benefits to cutting down meat consumption and people are changing up their diets for environmental and sustainability reasons as well.

In a new study, researchers from the University of Oxford examined the protective benefits of plant-based diets as well as the potential risks.

The comprehensive study was published in the journal BMJ.

The researchers reviewed and analyzed data on 48,188 people with an average age of 45 and no history of coronary heart disease or stroke who were part of the EPIC-Oxford study.

Throughout the study period, there were 2,820 reported cases of coronary heart disease and 1,072 strokes.

The researchers ruled out any influencing factors like smoking or physical fitness.

Pescetarians and vegetarians had a lower risk of coronary heart disease. Per 1,000 people, there were ten fewer cases of CHD in vegetarians compared to meat-eaters over ten years.

The higher stroke risk could be linked to lower nutrient levels and circulating cholesterol, but more research is needed to confirm these findings and identify a cause.

The study is also limited, not by its large sample size or long-term monitoring period, but because the participants were mainly white Europeans.

“Relevance to vegetarians worldwide must also be considered,” Mark Lawrence, a professor at Deakin University, said in an accompanying editorial. “Participants were all from the UK where dietary patterns and other lifestyle behaviours are likely very different from those prevalent in low and middle-income countries where most of the world’s vegetarians live.”

Lawrence also notes that just because plant-based diets are gaining a lot of attention, it does not mean people have to cut out animal products or meat entirely.

“Indeed, populations in some low and middle-income countries who consume very low amounts of animal source foods may benefit from being able to eat a little more of these foods to gain additional nutrients necessary to help combat all forms of malnutrition,” said Lawrence.