Velvet ants are essentially invincible due to effective defenses • Earth.com 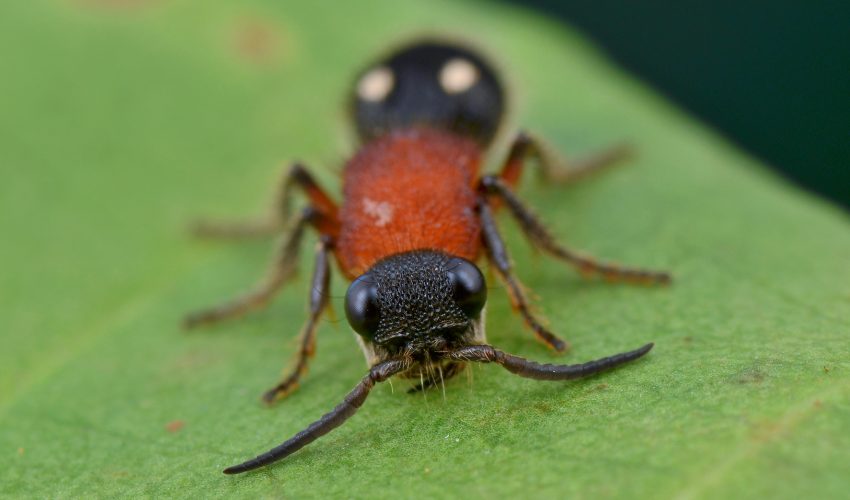 Velvet ants are essentially invincible due to effective defenses

Velvet ants may be invulnerable to attacks thanks to a trifecta of defense mechanisms that allows them to walk freely along the ground without fear of predators.

A new study tried pitting potential predators against female velvet ants to see if any would be able to eat the ants, and the trials showed that the ants were no match for any of the other animals. Even from some lizards who are accustomed to eating difficult insect prey.

Velvet ants belong to the family Mutillidae and are technically wasps. The large hairy female velvet ants don’t have wings which is typical of females in the Mutillidae group and so to any casual observer they look like ants.

The velvet ants have a series of defense mechanisms that ward away predators including a painful sting that, according to the Daily Mail, has earned the nickname “cow killer.”

Researchers from Hanover College set out to see if predators that eat insect prey would be able to handle the wasps and conducted a new study using a lizard, shrew, mole, and American toad.

Even though a few of the test predators attempted to attack or eat the ant, none of the animals succeeded except for the toad who then immediately stopped breathing shortly and refused any further ants.

“The research shows how a suite of defenses is almost always stronger than a single defense, even a single defense that is exceedingly powerful,” Justin Schmidt, an entomologist at the University of Arizona who was not involved in this study, told the Daily Mail.

In the study, a mole that tried to the eat the wasp was stung and according to the researchers started thrashing about.

Brian Gall, a member of the Hanover research team told New Scientist that the velvet ants defenses evolved to match their hunting patterns.

Gall also explained that the ant walks on the ground and is visible during the day so a series of impenetrable defense mechanisms is crucial for the insect’s survival.

In the velvet ant’s case, its defenses are so effective that it appears no predators are able to surpass them.