Wasps may have a type of intelligence similar to logical reasoning in humans • Earth.com 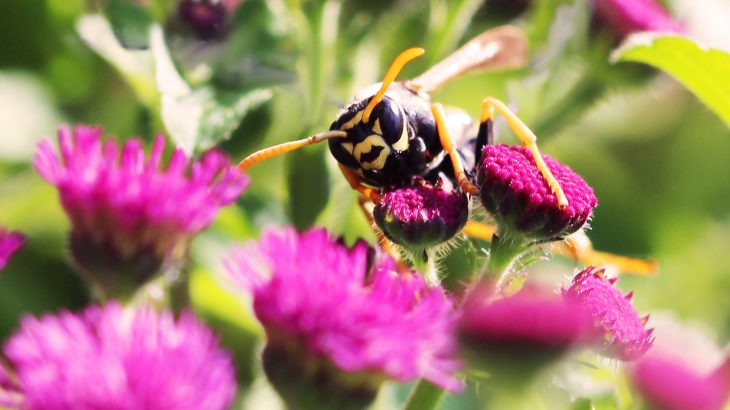 Paper wasps may be able to infer relationships and unknowns about their environments, according to a novel new study published in the journal Biology Letters.

The research represents the first evidence of transitive inference (TI) in a non-vertebrate animal.

Transitive inference is an integral part of deductive reasoning and until recently was thought to be a hallmark of human intelligence.

With TI, we can understand different relationships and reason certain outcomes with just bits and pieces of information.

Researchers have found that this skill expands to other vertebrate animals like monkeys and even fish.

Only one study on TI ability in honeybees has been published, the results of which show that bees are not capable of this deductive skill.

Honeybees have small nervous systems which could explain the cognitive limitations that prevent bees from being able to perform TI.

Undaunted by the results of the honeybee study, researchers from the University of Michigan  turned to paper wasps to test for TI in invertebrates.

Wasps have the same size of nervous system as honeybees, but a complex prosocial nature sets wasps apart from honeybee colonies.

This led Elizabeth Tibbetts, an evolutionary biologist, to wonder if the wasp’s social skills give the insect an advantage over honeybees when it comes to inferring unknowns.

Two species of paper wasps, Polistes dominula and Polistes metricu, were used in the study, and the researchers collected paper wasp queens.

The wasps were brought back to the lab and trained to discriminate between premise pairs of colors by associating one pair of colors with an electric shock.

Next, the wasps were given a choice between unfamiliar pairs of colors. The researchers found that the wasps used a kind of transitive inference to sort and organize the colors to choose between the pairs.

“We’re not saying that wasps used logical deduction to solve this problem, but they seem to use known relationships to make inferences about unknown relationships,” Tibbetts said. “Our findings suggest that the capacity for complex behavior may be shaped by the social environment in which behaviors are beneficial, rather than being strictly limited by brain size.”

Wasps have a completely different hierarchy and social structure compared to honeybees. Honeybee colonies have a single queen whereas wasp colonies have several foundresses, each able to reproduce.

Foundresses compete against each other, and a worker wasp may need to rely on TI to navigate the complex realities and social relationships.

“This study adds to a growing body of evidence that the miniature nervous systems of insects do not limit sophisticated behaviors,” said Tibbetts.