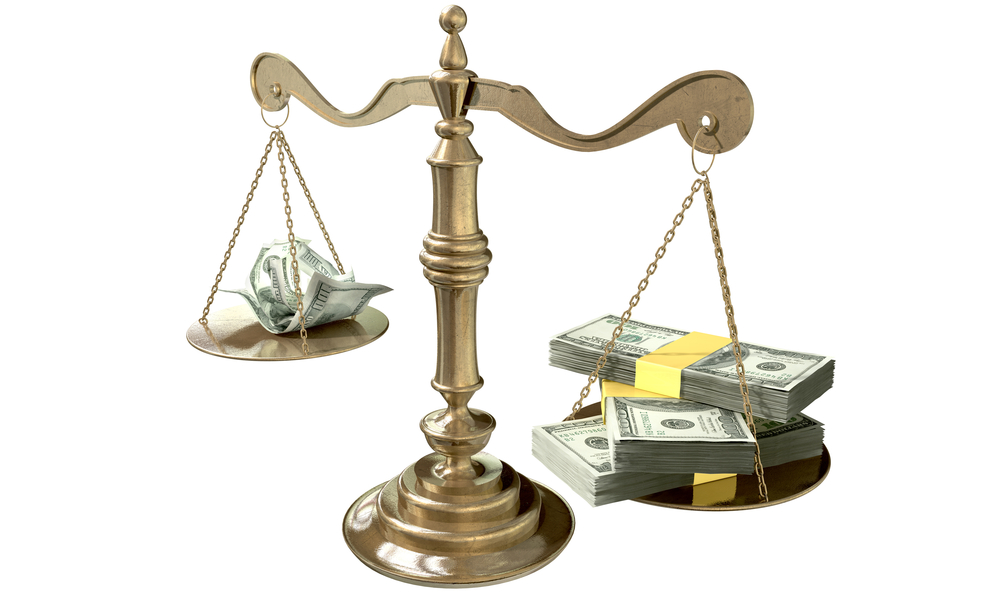 Since 1989, the wealth gap between American senior citizens and families with children has grown dramatically, according to a new study.

In fact, while the wealthiest 1 percent of young families saw their net worth grow by about $3 million between 1989 and 2013, the poorest third have seen their bank accounts drop into the negatives. And that has major consequences for the earning potential of their children, researchers said.

“If your net worth is in the red for $233, you are pretty stuck as a parent. You probably can’t provide much for your child, much less think about sending her to college,” said Dr. Christina Gibson-Davis of Duke University, who co-authored the paper.

To reach their conclusions, Gibson-Davis and Northwestern University’s Dr. Christine Percheski looked at 41,500 households that participated in the Survey of Consumer Finances from 1989 to 2013.

They found that, on average, senior households were 3.8 times wealthier in 1989 than households with at least one child under 18. After adjusting for inflation, in 2013 seniors’ net worth was an average of 12.5 times greater than families’.

“We knew that the elderly had more wealth than younger families. What we didn’t know was elderly households have seen increases in their wealth, while families with children have lost wealth,” Gibson-Davis said in a press release.

Part of the difference is because Social Security is indexed, meaning that senior income better keeps up with inflation. Seniors also tend to have lower levels of debt, and many purchased and paid off homes before the housing crisis of the mid-2000s, the researchers found.

Meanwhile, changes in the labor market mean that after adjusting for inflation, low-income families are earning less than they did in 1989, adding to the growing wealth gap.

The study was published online by the journal Demography.