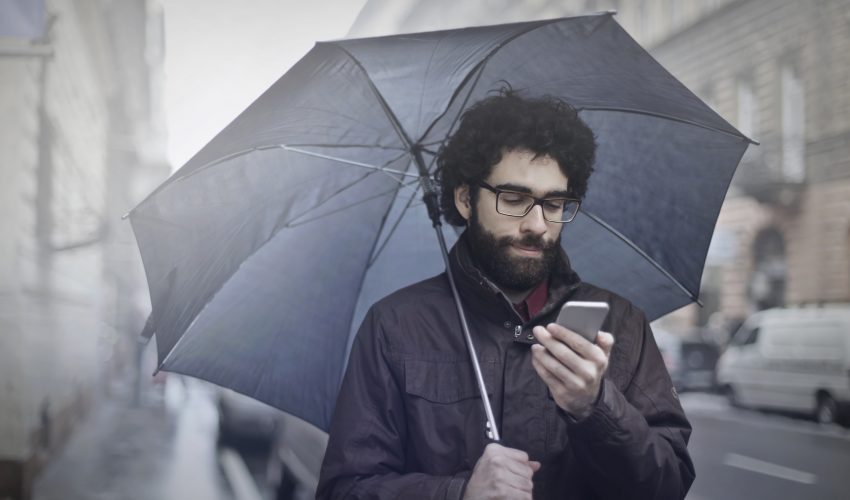 Weather affects our emotions and tone of social media posts

Social media can be a great tool for forging connections, enriching social bonds, and sharing news, thoughts, and opinions. Sometimes we take to social media to vent, especially during a long string of inclement weather.

During a spring blizzard, there is likely to be an uptick of posts about being tired of winter, or during a heat wave, many on social media might pine for cooler temperatures.

Previous research has found that weather impacts people’s emotional states, but now a new study has found that certain thoughts and comments shared on social media may be directly associated with weather patterns.

The study was conducted by researchers from the Vancouver School of Economics and the Massachusetts Institute of Technology (MIT) and published in the journal PLOS ONE.

Motivated by past research on weather and emotions, the researchers wanted to establish a pattern between specific weather conditions and positive and negative emotional responses.

If the researchers could find a way to measure and predict these responses using social media data, it could aid in understanding how long-term exposure to different types of weather affects health and well-being.

The researchers collected and analyzed 2.4 billion posts from Facebook and 1.1 billion Tweets from 2009 to 2016. A special tool allowed the researchers to sort the posts based on positive or negative keywords.

Weather definitely had an effect on the sentiments expressed and the results showed that temperature, precipitation, humidity, and cloud cover triggered both positive and negative posts on social media.

High humidity, high cloud cover, and precipitation also had an effect on the emotions expressed on social media.

Social media can be used a proxy for underlying emotional states, and although the analysis methods in the study are not perfect, the results show how measuring social media responses can highlight how weather affects different emotions.

“We find that how we express ourselves is shaped by the weather outside,” said Nick Obradovich, a co-author of the study. “Adverse weather conditions — hot and cold temperatures, precipitation, added humidity, and increased cloud cover — reduce the sentiment of human expressions across billions of social media posts drawn from millions of US residents.