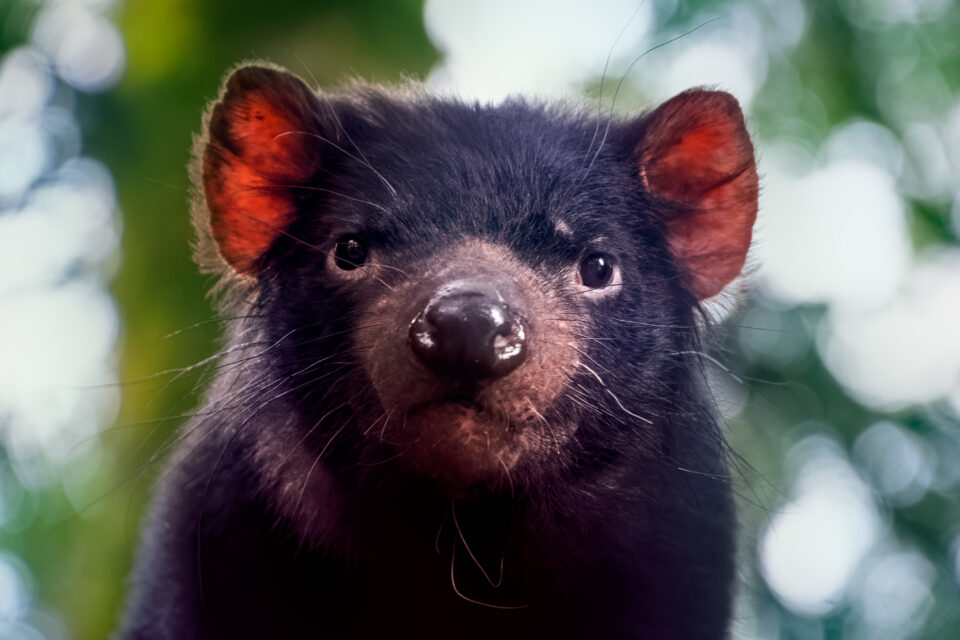 Tasmanian devils are the largest carnivorous marsupial left in the world. While they are already living isolated in low population numbers, these unique animals are further threatened by a contagious cancer.

In an effort to monitor the rare marsupial without disrupting its behavior, scientists have developed a novel technique. The experts report that the whiskers of Tasmanian devils provide a glimpse into their individual life histories.

“We’re using the devils’ whiskers to trace back through time,” said study senior author Tracey Rogers. “Once dissected, the whiskers can act like the rings of a tree trunk, painting a picture of what the animals ate and how they lived up to a year ago.”

Previously, scientists were able to use whiskers to look at chemical signatures – but without a clear timeline. To construct a timeline for whisker chemical signatures, the researchers fed captive devils food with added heavy stable isotopes at different times over three months.

Using the isotopes as markers, the scientists were able to correlate them with whisker chemical signatures.

The experiment revealed that the whiskers grow quickly at first, but growth slowed over time before stopping. The researchers discovered that the whiskers can hold at least nine months of data in them. Using this information, the scientists can monitor the health of wild Tasmanian devils to help make sure that their populations are healthy.

It’s not just about devils, but also the health of entire ecosystems in Tasmania. “As Tasmania’s apex predator, devils play an essential role in maintaining ecosystem health,” explained Dr. Attard.

Furthermore, the devils play a unique role in the health of the island itself, which has many endemic plant and animal species.

Fortunately, Tasmanian devils are slowly recovering from devil facial tumor disease (DFTD), a contagious cancer, and the scientists hope to keep it that way.

“Tasmanian devil numbers are currently in recovery after the devastating effects of a highly transmissible cancer called the devil facial tumour disease, or DFTD,” said study lead author Dr. Marie Attard, who worked on the research as part of her PhD.

“Since the discovery of this disease in 1990s, many healthy individuals have been translocated to disease-free areas or are part of captive breeding programs to help boost their numbers. This whisker analysis tool will significantly enhance their management in pre-existing and translocated wild populations.”