When wild animals are mistaken for pets • Earth.com 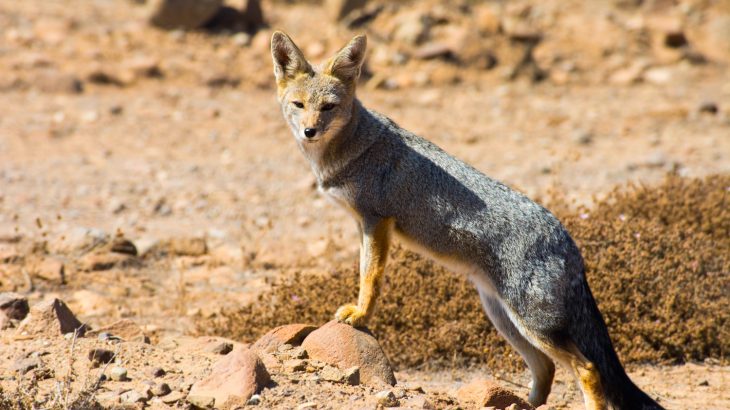 When wild animals are mistaken for pets

IFL Science reported earlier this year that a woman in Croatia found puppies abandoned in a box at an animal shelter and did what many of us would: she promptly adopted them.  The only hang up is that the animals in the box weren’t puppies, they were wild jackals.

Many think of jackals as being an African animal and primarily they are; there are three species of Jackal in Africa and only four species worldwide.  The Golden Jackal, like those mistaken for dogs in Croatia is found in south-eastern Europe and southern Asia. The IUCN red list considers the golden jackal of least concern since it’s widespread and has a large population.

Unfortunately for the jackal pups, by the time their true identity was discovered, they’d spent too much time with humans to ever be released into the wild.  Marina, the woman who found the puppies, is the first person in Croatia to gain permission to keep jackals as pets and hopes that these domesticated jackals will be ambassadors for their species.

It’s not too hard to imagine mistaking a jackal for a domestic dog, they’re very similar.  To my eyes, jackals look very similar to western coyotes which can hybridize successfully with domestic dogs.  Jackals have also been known to hybridize in captivity with dogs. There have also been some confirmed cases of dog-jackal hybrids in the wild in Croatia.  Hybridization experiments in Germany between jackals and poodles showed a decrease in fertility in the hybrids.

Not too much different than a jackal, as The Daily Mail reported in May 2018 that a woman bought a fox thinking it was a Japanese Spitz, a breed of dog.  After three months of no barking the ‘dog’ became suspicious and the woman took her pet to a zoo. The zoo confirmed the woman’s suspicions and she ended up donating her fox pet to the zoo for better care.

Earlier this year, a coyote was also thought to be a domestic dog and taken to police in Illinois, where it was eventually turned over to a wildlife rescue facility.

National Geographic reported of a mix up that’s harder to understand also in May and also in China.  A family had what they thought was a Tibetan Mastiff, a rather large breed of dog.  The dog kept growing and demanding more food than even a mastiff and the family became concerned.  After two years, it became obvious that their pet wasn’t a dog at all. In the end the animal turned out to be an endangered Asiatic Black Bear, an animal of value if sold on the black market.  The bear is now taken care of by a wildlife rescue organization. It’s hard not to wonder if this is entirely a case of mistaken identity or if it’s a case of wildlife trafficking gone wrong.

Near San Antonio, Texas, People reported that a family encountered two kittens they thought needed help.  When they tried to feed the kittens, the cats bit them and the people called animal control.  When an animal control officer arrived, he identified the kittens as infant bobcats. The bobcats are now in a wildlife facility.

The Huffington Post reported in 2013 that a man in Argentina was selling what he said were toy poodles at a bazaar stand.  A man took one of the toy poodles he purchased to a vet and learned that it was actually a ferret. The man selling the ferrets apparently doped them on steroids to make them larger and gave them fancy haircuts to make them look more like poodles.  Apparently ferrets on steroids aren’t unknown in Argentina.

Dogster seems a little dubious that people could be so easily duped into mistaking a ferret for a dog and with good reason.  It’s a little hard to believe some of these cases of mistaken identity. Who’s never seen a dog in close quarters? There are some urban legends that are even more far-fetched.  Snopes debunked a story of a Japanese actress being sold a sheep as a toy poodle.

There are some more believable cases of mistaken identity.  People reported that in 2014, a woman in Connecticut heard a scratching at her at night door and let an animal in that she thought was her cat.  Later the woman tried to pick up the cat to pet her and was bitten by what turned out to be a wild raccoon.

The idea of a wild animal being mistaken for a dog or cat may seem like little more than a funny mix up.  The implications are much broader than you initially think, though. If we can live with wild animals for months or even years peacefully or without guessing their true identity, what does it mean about domestication?  Can wild animals be tamed?

It’s suspected that dogs were domesticated in cooperation with the dogs themselves.  Instead of a model of humans unilaterally training dogs, wolves may have actively participated in becoming domesticated dogs.  Wolves may have followed humans for long periods, eating scraps and slowly becoming socialized to humans. It may have happened quicker than one may suspect if you take the accounts of mistaken identity seriously.  If someone can live with a wild bear peacefully for years thinking it a dog, how short of a time would it take for a wolf to become accustomed to human companionship? Famed naturalist Adolph Murie kept a wolf as a pet with relatively good success.

Today wolves and wolf hybrids are sometimes kept as pets, in the US and elsewhere.  There is also a rising trend in keeping wild cats, raccoons and other animals as pets.  In the long term, cats, dogs and other domestics did arise from wild animals but in the short term, what does this mean for individual animals?

Keeping wild animals is something many (including myself) have a dim view of.  Dogs are different from wolves and dogs are very different from either. It’s true that humans are animals but we’ve also changed our lives to be very different from our wild relatives.  It’s more of an interesting comment on how little we observe the natural world around us that we can mistake a wild creature for a dog than anything it says about the animals.