Woolly mammoths might be making a big comeback • Earth.com 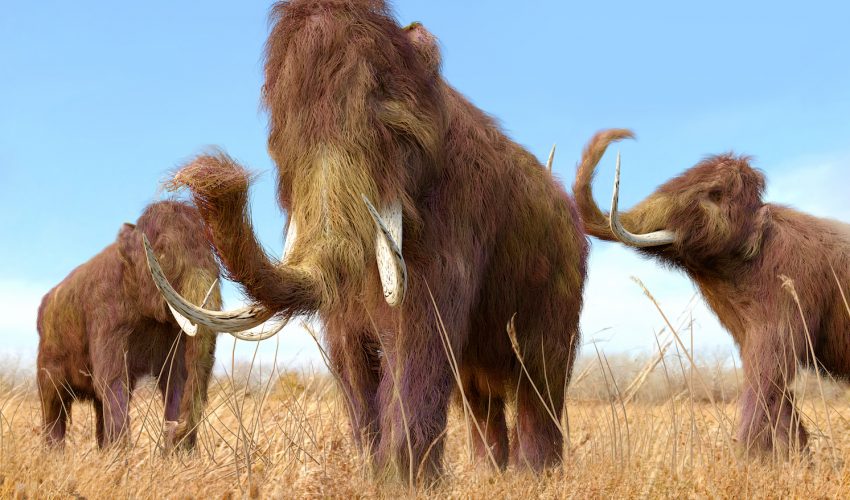 Woolly mammoths, the giant furry mammals that used to roam the Arctic, disappeared off the face of the planet roughly 10,000 years ago. Now, in an almost Jurassic Park type storyline, Harvard University scientists are planning to clone these animals and bring them back from extinction. How will they do this? By using DNA from a 42,000 year-old frozen woolly mammoth, of course!

For this to come to fruition, the scientists would have to grow the mammoth within an artificial womb. The final product wouldn’t be 100% woolly mammoth, but rather a hybrid between an Asian elephant and a mammoth. They could accomplish this feat through a genetic technique known as CRISPR-Cas9, which allows them to “cut and paste” strands of DNA with unparalleled precision. Thus, they would be able to cut and paste preserved mammoth DNA into the DNA of Asian elephants in order to create a mammoth-elephant hybrid.

“We have already revived dozens of genes and are testing them in elephant cells,” says George Church, a professor at Harvard and lead author of the paper. “We are focusing on a reviving mammoth genes and making a mammoth/elephant hybrid and help them spread to vast wild, arctic climates.”

If this plan were to actually work, the mammoths would be able to live in a 20,000 hectare Ice Age safari park created by Russian scientists in a remote region of Siberia. The researchers believe their presence could actually help regenerate Arctic climates through stimulating the growth of vegetation.

“Cold-resistant elephants would flatten the insulating snow and supporting trees in winter and favor the highly heat reflective grass in summer,” says Church. “They would also help capture new carbon by enhancing the photosynthetic capacity of the vegetation.”

Since beginning this project in 2015, the scientists have increased the number of “edits” where mammoth DNA has been spliced into the elephant genome by three-fold.

“We’re working on ways to evaluate the impact of all these edits and are basically trying to establish embryogenesis in the lab. The list of edits affects things that contribute to the success of elephants in cold environments,” Church explains. “We already know about ones to do with small ears, sub-cutaneous fat, hair and blood, but there are others that seem to be positively selected.”

Through these new-age gene editing processes, bringing back extinct species is now a real possibility. “Our aim is to produce a hybrid elephant/mammoth embryo,” says Church. “Actually, it would be more like an elephant with a number of mammoth traits. We’re not there yet, but it could happen in a couple of years.”