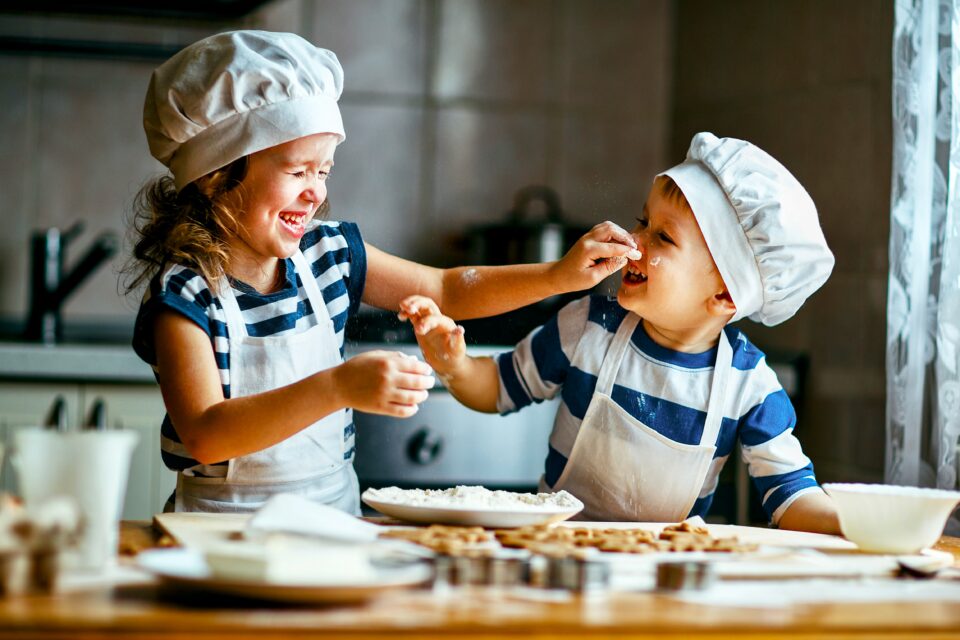 Humor is a universal human feature that relies on a cognitive process allowing us to perceive things as funny, and then to laugh about them. According to one of the most common cognitive theories, humor requires first the introduction and comprehension of something that goes against expectations, and then the resolution of this incongruity, which is associated with amusement. Different brain regions are involved in the processing of these aspects of humor.

Having a sense of humor is crucial for the social development of children. From humorous encounters they learn playfulness and gain an understanding of the emotional attitudes, expectations and intentions of others. Although many studies have investigated the neural regions involved when adults appreciate humor, very few have examined the neurodevelopment of humor in young children.

In order to appreciate humor, children need to have the ability to comprehend when a situation arises that is contrary to expectations. This implies that they must have a certain level of cognitive development as well as a basic level of moral development in order to identify the incongruous situation. We all know that young children can find great amusement in funny situations, which indicates that the humor-processing network is already present in early childhood.

In a recent study by Naama Mayseless and Allan Reiss, both from the Stanford University School of Medicine, the neural basis of humor processing was investigated in 35 children between the ages of six and eight years. The children watched samples of funny and neutral video clips while undergoing functional near infrared spectroscopy (fNIRS). This is a method that is noninvasive and does not require participants to keep still, making it a useful technology when monitoring brain activity in children and infants in naturalistic settings.

The children were given the task of watching 32 short video clips chosen in random sequence from two categories: either funny (16 clips with average duration of 11 ± 2.06 sec) or neutral (16 clips with average duration of 10.18 ± 1.55 sec). After watching each video clip, the children had to choose a “smiley face” if they thought the video was funny, or a “frowny face” if it was not.

While doing the task, each child wore a specially fitted cap with 10–20 optodes, sensors that measure changes in blood oxygenation in the scalp. The optodes were connected to a fNIRS device that interpreted the stimuli in terms of brain activation.

The results, published today in the journal PLOS One, showed that when children were watching funny videos, their brain activity increased in several different regions, but specifically in the left temporo-occipito-parietal junction (TOPJ). This is a region of the brain that has been associated with humor appreciation in adults, highlighting the idea that even young children share the same humor-processing network with adults. It is also a region that sits at the intersection between three of the brain’s lobes, and is ideally placed for integrating information from all of them.

The researchers observed that activation in the TOPJ region was positively correlated with age, reflecting the fact that older children have more mature cognitive, linguistic, and social skills that would enable them to process humorous stimuli.

The study also revealed that connectivity between different regions of the brain, as well as within individual regions, was greater when children were watching funny videos. They speculate that appreciating humorous content requires more information processing and brain gymnastics in different regions than processing neutral videos. This coherence effect was more noticeable in boys than in girls.

There are some limitations with the study, not least of which is the fact that fNIRS monitors changes in blood dynamics at the surface of the brain cortex and not in any of the deeper structures. It is also possible that, as the children laughed at the funny videos, the optodes may have moved and changed contact with the scalp, resulting in some confounding effects.

“While the current work expands our understanding on the neurodevelopment of humor as a crucial part of heathy development, we encourage future work to further characterize how and why children vary in their ability to comprehend and appreciate humorous content,” wrote the study authors.