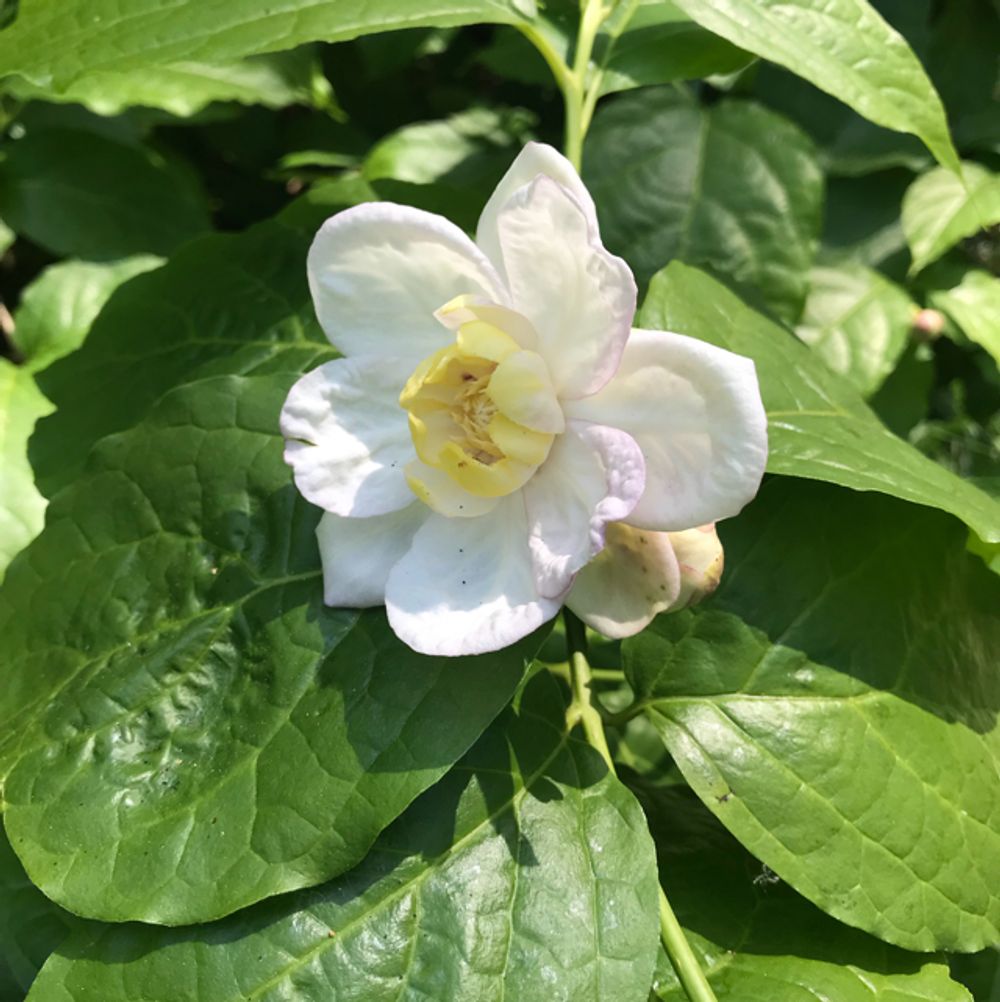 Calycanthus (sweetshrub) is a genus of flowering plants in the family Calycanthaceae, endemic to North America. The genus includes two to four species depending on taxonomic interpretation; two are accepted by the Flora of North America. Calycanthus plants are deciduous shrubs, growing 1–4 m (3.3–13.1 ft) tall and wide. The bright green leaves are opposite, entire, 5–15 cm (2.0–5.9 in) long and 2–6 cm (0.79–2.36 in) broad. The bark has a strong camphor smell that is released when stems are scraped. The smell remains strong on twigs that have been stored several years in a dry environment. The strongly scented flowers are produced from late spring through early autumn for C. occidentalis, and April to July for C. floridus. They are 4–7 cm (1.6–2.8 in) broad, with numerous dark red to burgundy to purplish brown tepals. Typical of the family Calycanthaceae, the flowers lack distinct sepals and petals, but instead have distinct spirals of tepals. The lotus-shaped flowers can resemble a small magnolia flower. They are pollinated by beetles in the family Nitidulidae. The fruit is an elliptical dry capsule 5–7 cm long, containing numerous seeds. An Calycanthus chinensis in the Magnoliopsida usus species illustrated by Cheng & SY Chang. An Calycanthus chinensis in nahilalakip the genus Calycanthus , and familia Calycanthaceae . These subspecies are listed.