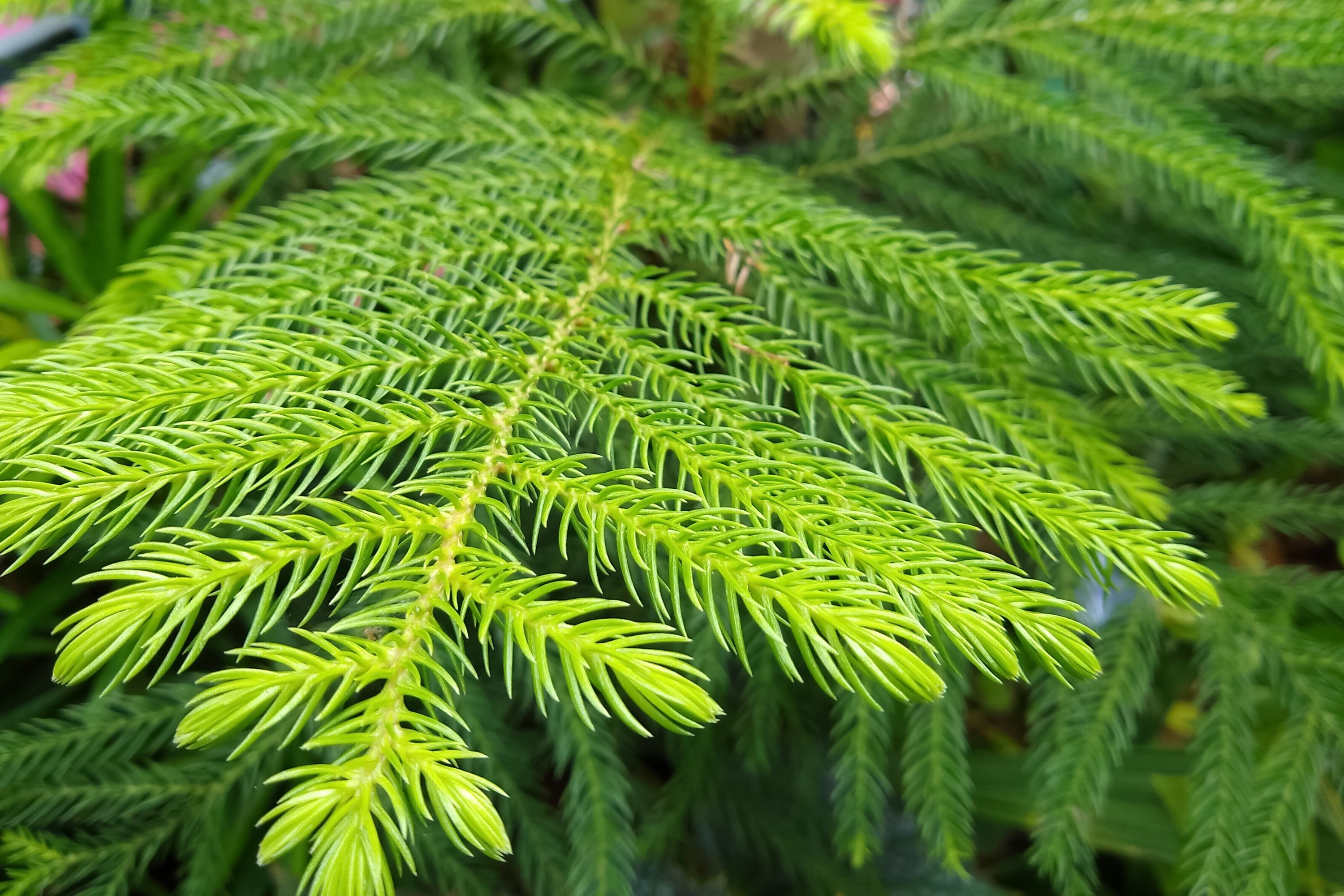 Araucaria cunninghamii is a species of Araucaria known as hoop pine. Other less commonly used names include colonial pine, Queensland pine, Dorrigo pine, Moreton Bay pine and Richmond River pine. The scientific name honours the botanist and explorer Allan Cunningham, who collected the first specimens in the 1820s. The species is found in the dry rainforests of New South Wales and Queensland and in New Guinea. The trees can live up to 450 years and grow to a height of 60 metres. The bark is rough, splits naturally, and peels easily. The leaves on young trees are awl-shaped, 1–2 cm long, about 2 mm thick at the base, and scale-like, incurved, 1–2 cm long and 4 mm broad on mature trees. The cones are ovoid, 8–10 cm long and 6–8 cm diameter, and take about 18 months to mature. They disintegrate at maturity to release the nut-like edible seeds. There are two varieties: Araucaria cunninghamii var. cunninghamii – Australia, from northeast New South Wales to east-central Queensland, at 0–1,000 m altitude. Araucaria cunninghamii var. papuana – New Guinea, on the mountains of Papua New Guinea, and in Irian Jaya, Indonesia, at 100–2,700 m altitude. The wood is a high-quality timber that is particularly important to the plywood industry and also used for furniture, veneer, joinery, panelling, particle board, flooring and boats. Most natural stands in Australia and Papua New Guinea have been depleted by logging. It is now mainly found on timber plantations; however, the species continues to thrive in protected areas, including Lamington National Park where at least one walking track is named after it. Aboriginal Australians used the resin as cement. The plantations in Queensland have been subject to damage by a native rat species, Rattus tunneyi, which digs to the roots of a semi-mature tree and kills it, the animal was declared a pest for this reason. The vulnerability of A. cunninghamii plantations to pest losses has caused some of them to be replaced by A. hunsteinii which suffers less in plantation. Unspecified Microlepidoptera are significant pests of the pine cones of both.