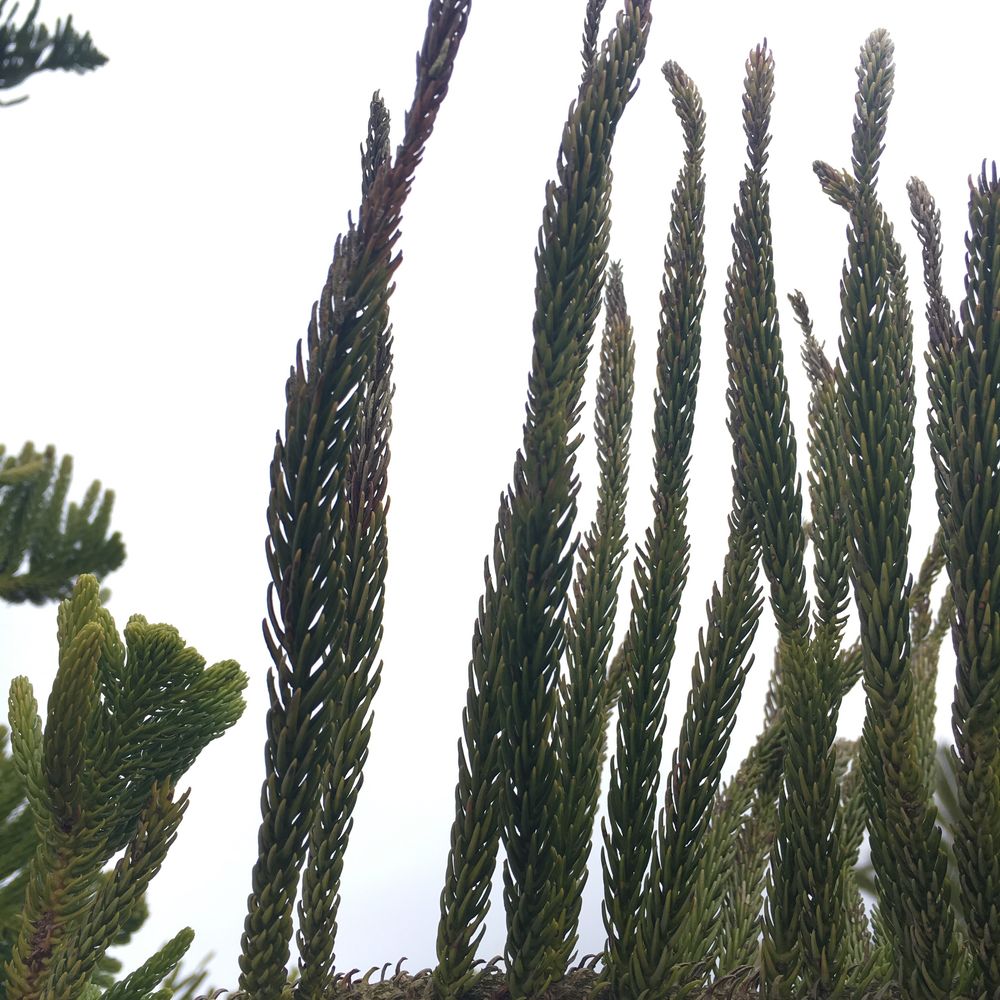 Araucaria heterophylla (synonym A. excelsa) is a vascular plant in the ancient and now disjointly distributed conifer family Araucariaceae. As its vernacular name Norfolk Island pine implies, the tree is endemic to Norfolk Island, a small island in the Pacific Ocean between New Zealand and New Caledonia, about 1440 km east of Sydney, Australia. The genus Araucaria occurs across the South Pacific, especially concentrated in New Caledonia (about 700 km due north of Norfolk Island) where 13 closely related and similar-appearing species are found. It is sometimes called a star pine, triangle tree or living Christmas tree, due to its symmetrical shape as a sapling, although it is not a true pine.The trees grow to a height of 50-65 m, with straight vertical trunks and symmetrical branches, even in the face of incessant onshore winds that can contort most other species.The young leaves are awl-shaped, 1-1.5 cm long, about 1 mm thick at the base on young trees, and incurved, 5-10 mm long and variably 2-4 mm broad on older trees. The thickest, scale-like leaves on coning branches are in the upper crown. The cones are squat globose, 10-12 cm long and 12-14 cm diameter, and take about 18 months to mature. They disintegrate at maturity to release the nut-like edible seeds.The scientific name heterophylla ("different leaves") derives from the variation in the leaves between young and adult plants.