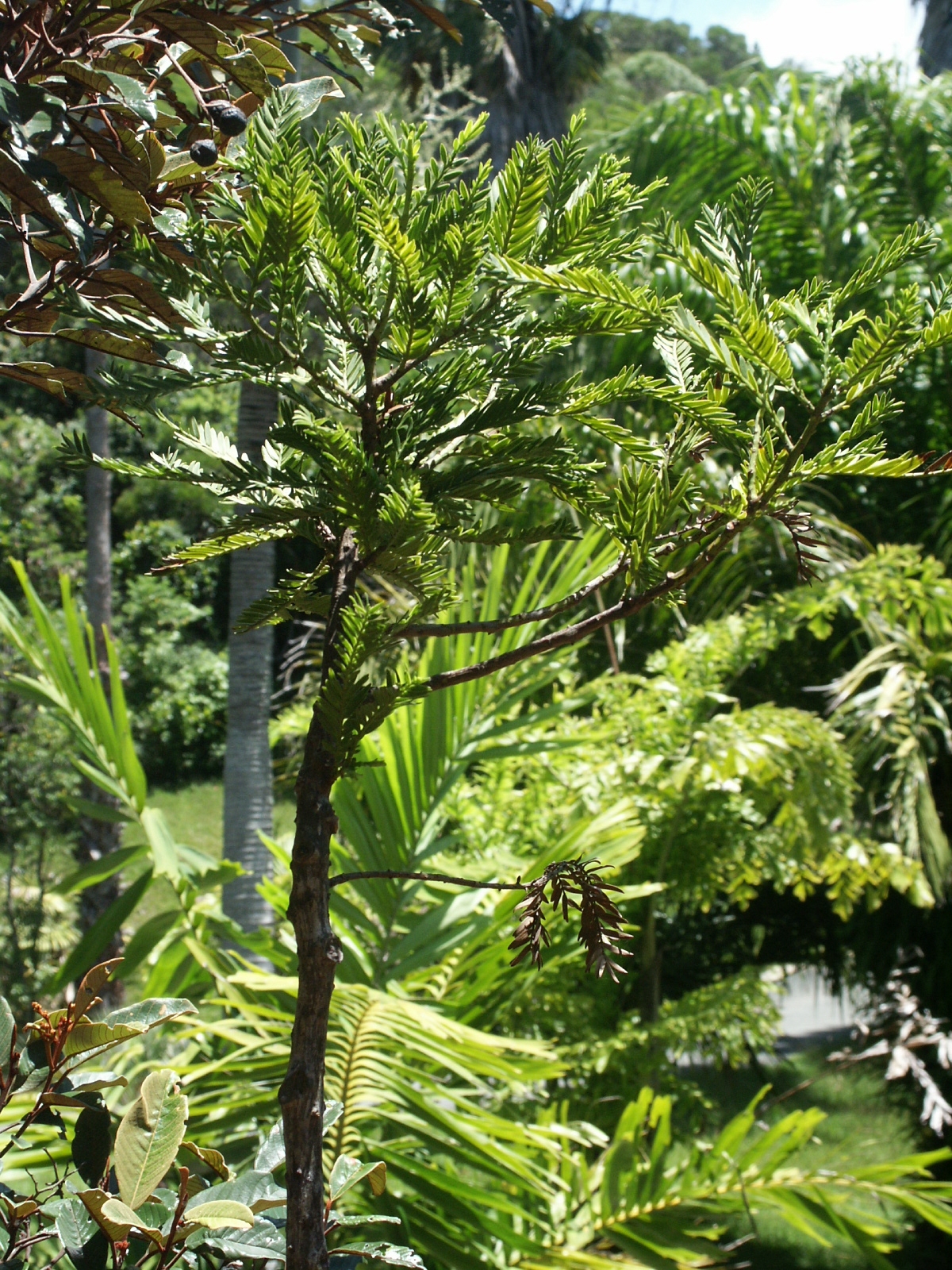 Podocarpus are evergreen woody plants. They are generally trees but may also be shrubs. The trees can reach a height of 40 meters at their tallest.Some shrubby species have a decumbent growth habit. The primary branches form pseudo-whorls around the trunk. The bark can be scaly or fibrous and peeling with vertical strips. Terminal buds are distinctive with bud scales that are often imbricate and can be spreading.The leaves are simple, flattened and may be sessile or short petiolate. The phyllotaxis or leaf arrangement is spiral and may be subopposite on some shoots.The leaves are usually linear-lanceolate or linear-elliptic in shape, though they can be broader lanceolate, ovate or nearly elliptic in some species.Juvenile leaves are often larger than adult leaves though similar in shape.The leaves are coriaceous and have a distinct midrib. The stomata are usually restricted to the abaxial or underside of the leaf, forming two stomatal bands around the midrib.Podocarpus are generally dioecious, with the male pollen cones and female seed cones borne on separate individual plants but some species may be monoecious. The cones develop from axillary buds and may be solitary or form clusters.The pollen cones are long and catkin-like in shape. They may be sessile or short pedunculate. A pollen cone consists of a slender rachis with numerous spirally arranged microsporophylls around it. Each triangular microsporophyll has two basal pollen producing pollen sacs. The pollen is bisaccate.The seed cones are highly modified with the few cone scales swelling and fusing at maturity. The cones are pedunculate and often solitary. The seed cone consists of two to five cone scales of which only the uppermost one or rarely two nearest the apex of the cone are fertile. Each fertile scale usually has one apical ovule. The infertile basal scales fuse and swell to form a succulent, usually brightly colored receptacle. Each cone generally has only one seed but may have two or rarely more. The seed is attached to the apex of the receptacle. The seed is entirely covered by a fleshy modified scale known as an epimatium. The epimatium is usually green but may be bluish or reddish in some species