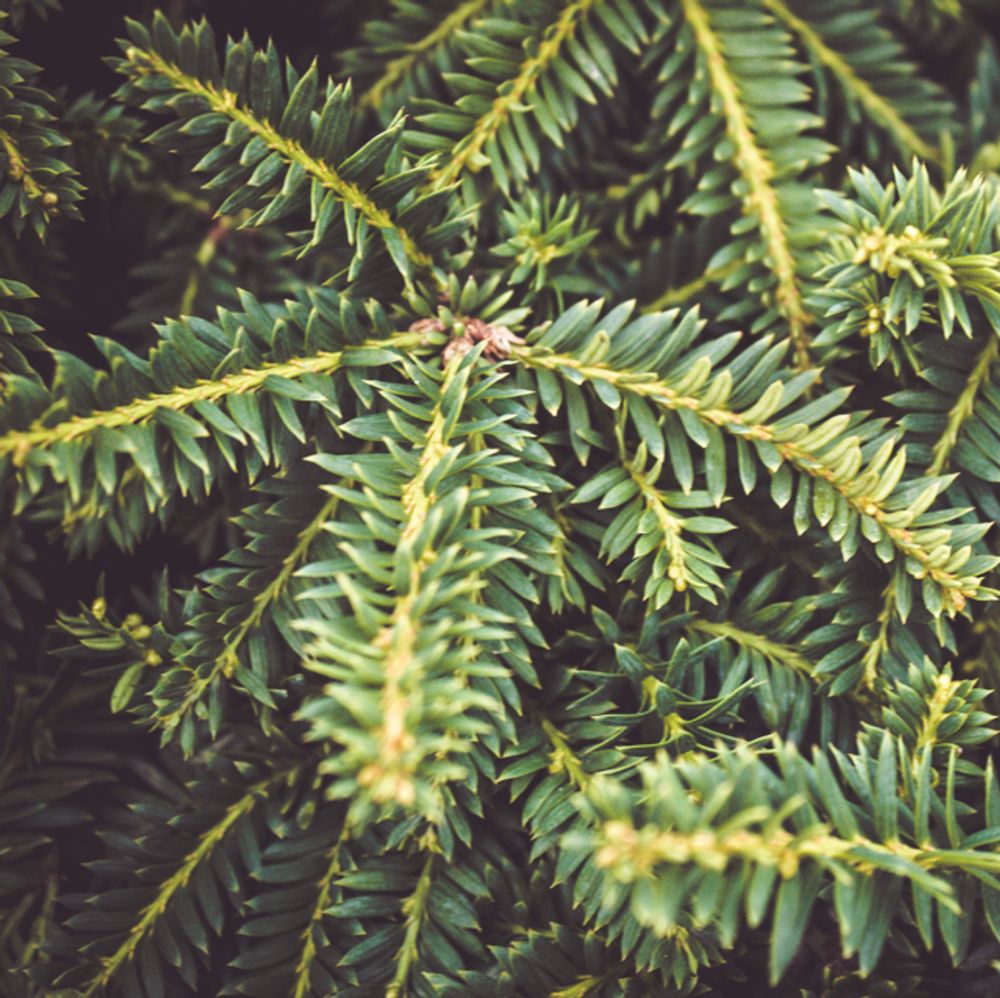 “Pet poisonous” - Toxic to Dogs Taxus brevifolia, the Pacific yew or western yew, is a conifer native to the Pacific Northwest of North America. It ranges from southernmost Alaska south to central California, mostly in the Pacific Coast Ranges, but with isolated disjunct populations in southeast British Columbia (most notably occurring on Zuckerberg Island near Castlegar) and in north to central Idaho. The Pacific yew is a small to medium-sized evergreen tree, growing 10–15 m tall and with a trunk up to 50 cm diameter, rarely more. In some instances, trees with heights in excess of 20 m occur in parks and other protected areas, quite often in gullies. The tree is extremely slow growing, and has a habit of rotting from the inside, creating hollow forms. This makes it difficult and sometimes impossible to make accurate rings counts to determine a specimen's true age. Often damaged by succession of the forest, it usually ends up in a squat, multiple leader form. It has thin scaly brown bark, covering a thin layer of off-white sap wood with a darker heartwood that varies in color from brown to a magenta/purplish hue to deep red. The leaves are lanceolate, flat, dark green, 1–3 cm long and 2–3 mm broad, arranged spirally on the stem, but with the leaf bases twisted to align the leaves in two flat rows either side of the stem except on erect leading shoots where the spiral arrangement is more obvious. The seed cones are highly modified, each cone containing a single seed 4–7 mm long partly surrounded by a modified scale which develops into a soft, bright red berry-like structure called an aril, 8–15 mm long and wide and open at the end. The arils are mature 6–9 months after pollination. The seeds contained in the arils are eaten by thrushes and other birds, which disperse the hard seeds undamaged in their droppings; maturation of the arils is spread over 2–3 months, increasing the chances of successful seed dispersal. The male cones are globose, 3–6 mm diameter, and shed their pollen in early spring. It is mostly dioecious, but occasional individuals can be variably monoecious, or change sex with time. Traditionally, the wood was used by Native Americans to make bows and paddles for canoes, in addition many other items from daily life. The Japanese have also used the wood for decorative purposes. Members of the Pit River Tribe would sell this plant to the Ukiah. The Concow tribe calls the tree yōl’-kō (Konkow language).