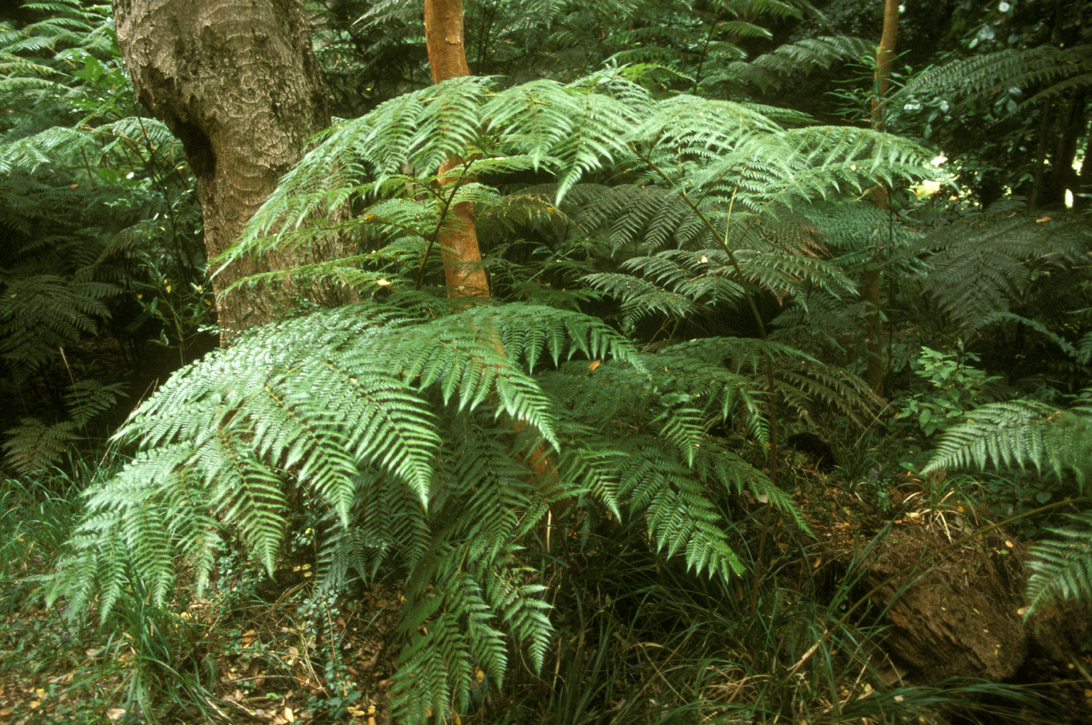 Lophosoria quadripinnata (J.F.Gmel.) C.Chr. is a species of fern that, according to DNA molecular analysis, belongs to the Dicksoniaceae family, where it is placed in the genus Lophosoria. It is found in the Americas spanning from Cuba and Mexico to Chile. In Chile it is present in the area between Talca and Ays-n including Juan Fern-ndez Islands. In Argentina it grows only in the humid valleys of western Neuqu-n and R-o Negro Province. Diamondleaf fern is a common name. In Spanish it is known as 'ampe' (from the Mapudungun a-pe) or palmilla, but one has to remember that there are several species of ferns called "palmillas" that have larger or smaller fronds, and which grow in colder climates. It is a medium-sized plant, growing to about 4-5 feet (though 10-12 feet in a sheltered place at Arduaine Garden in Argyll, Scotland) and even though the rhizome does not grow a trunk, it is clearly related to the other tree ferns due to features that were apparently already present in their common ancestor, like 'pneumathodes', and the rhizome which changed from the dorsiventral symmetry typical of the other ferns, to a radial symmetry typical of tree ferns. Their large and multiple pinnate fronds, with the petiole raised adaxially, and the hairs on the rhizome and lower part of the petioles, also resemble those of tree ferns. To identify the species, use the position and characteristics of the spores found on the fertile fronds. The genus already existed in the Cretaceous Period in southern Gondwana according to fossil remains found in Antarctica. The species is well known as an ornamental plant.