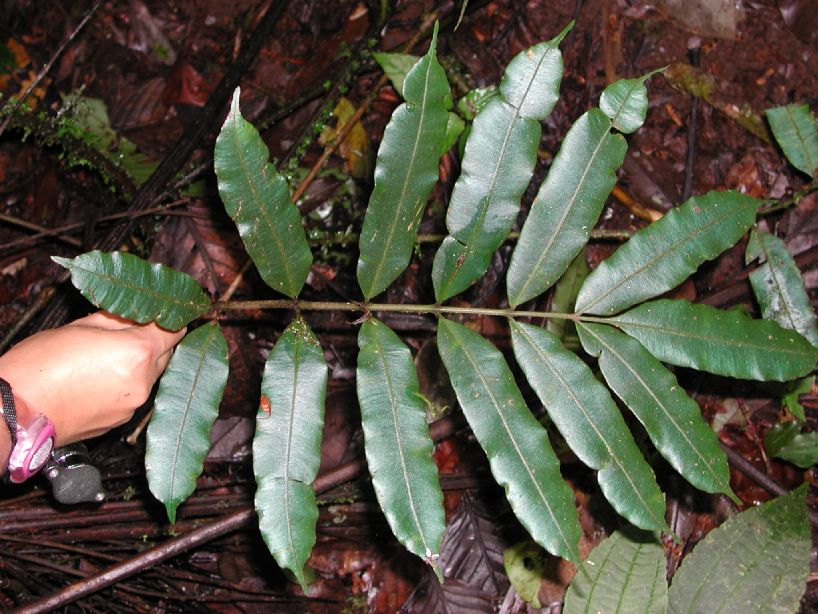 Danaea nodosa is the type species of the genus Danaea. It occurs in the Greater Antilles and Southern Brazil, but the name has been widely applied to similar species in the "Danaea"-clade, like D. media in Central America, D. kalevala in the Lesser Antilles, and D. nigrescens in Amazonian South America.In the Greater Antilles D. nodosa grows in clayey patches between karsted limestone rocks in closed canopy forest, commonly at low elevations. At the higher elevations of Hispaniola and Puerto Rico, the species is replaced by D. grandifolia.