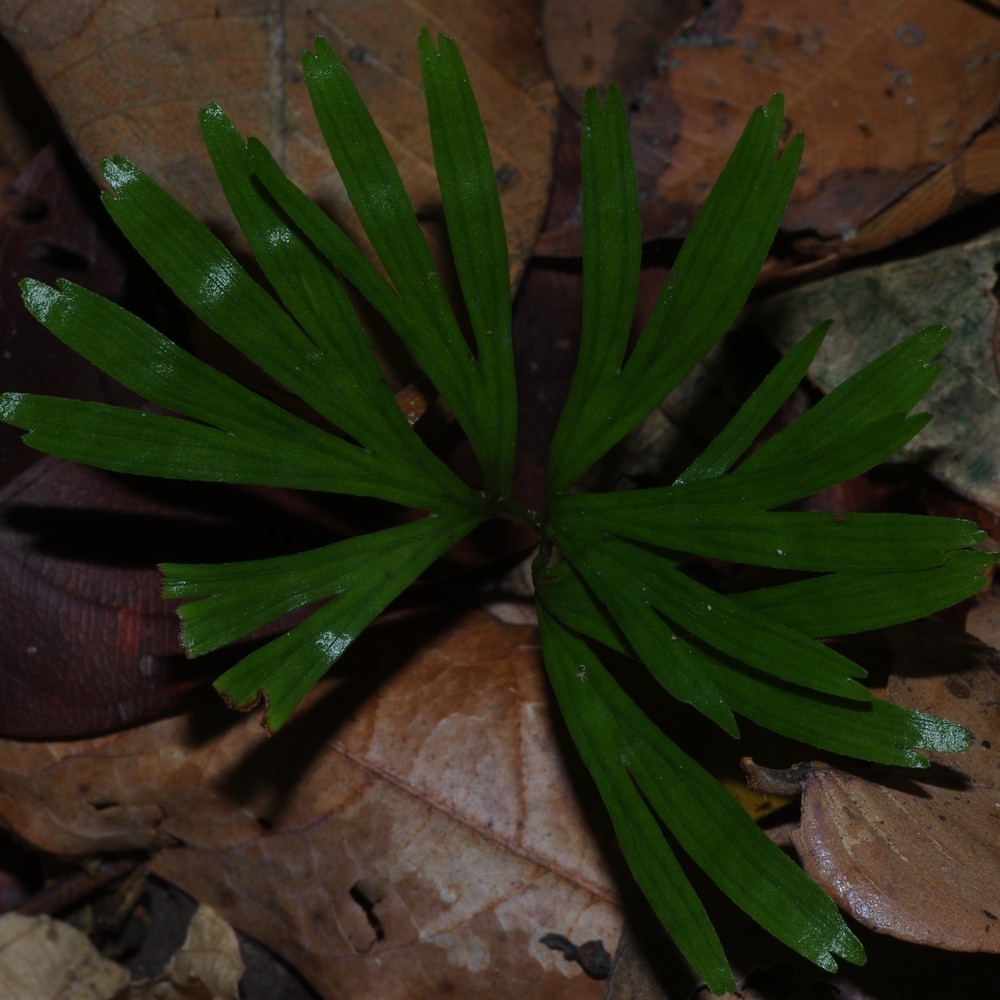 Schizaea elegans is a species of Plantae in the genus Tracheophyta, which was first described by Vahl, and given its simplified Asian name by Olof Swartz. Schizaea elegans belongs to the genus Schizaea, and the family Schizaeaceae. Schizaea is a small genus of specialized ferns in the family Schizaeaceae. Common names include curlygrass fern and comb fern. Some species are very small and inconspicuous, and so may often be overlooked in nature. The genus is distinctive and not at all like the common conception of a fern, though it is still considered a true fern (leptosporangiate). The sterile fronds (trophophylls) are grass-like, and the spore-bearing fertile frond (sporophyll) is similar, but with a small, pinnate fertile segment at its apex. The upper surface of the pinnules bear the sessile capsules. Various of the roughly two dozen species have been reported from widely separated regions, including much of the tropical Old and New World, parts of the Eastern USA, Chile, the Falkland Islands, and various Pacific islands, including several islands of New Caledonia, as well as Australia and New Zealand. In Africa at least two species are endemic to South Africa.